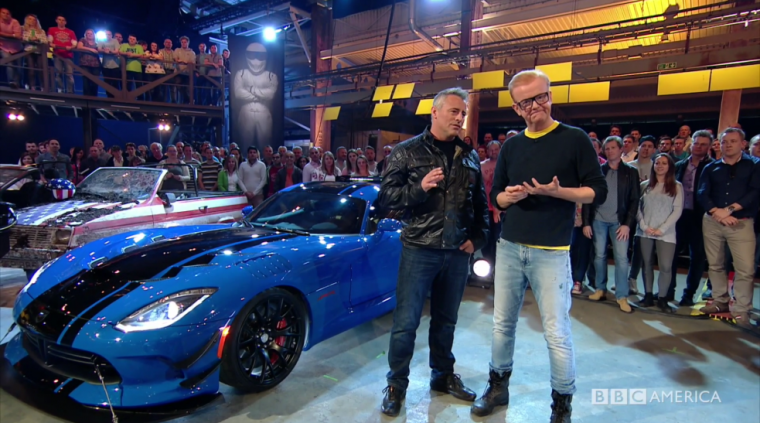 Last week, the news for Top Gear seemed bleak. The show’s ratings had dipped below the lowest-rated episode of Jeremy Clarkson’s reign, and bet takers had made it look increasingly likely that the show would soon be cancelled, or at least that Chris Evans (not that one) would be fired. But last night’s show shined a glimmer of hope in the darkness and performed a miracle: Top Gear’s ratings actually went up.

Conquer That Hill: Learn more about the all-new 2016 Nissan Titan

That’s right, last night Top Gear’s latest season reversed its slide to oblivion and actually made an admirable charge up the hill. According to The Telegraph, last night’s episode had 2.7 million overnight viewers–an increase of about 400,000 viewers from last week. In overnight ratings, that makes last night’s episode in the UK the third-highest rated show in this refreshed series.

So, what changed? For one, the celebrities on the show last night were Absolutely Fabulous’ Jennifer Saunders and The Great British Bake Off judge Paul Hollywood, which could be responsible for part of the uptick. The Absolutely Fabulous franchise is legendary in England, and it just launched a film into cinemas. The Great British Bake Off is also a very popular show in the UK, with more viewers than this current season of Top Gear by several million.

On Your Way: Consider this summer road trip essentials checklist

The press also speculates that the show had more viewers last night because the story about Matt LeBlanc threatening to quit broke on Sunday morning. It stands to reason, then, that some viewers might have tuned in to watch the potential carnage or look for any cracks in the picture of a cohesive presenting team. The same phenomenon is also being slightly attributed to the series’ opening episode, with many viewers not returning for a second episode after their worst fears were confirmed by the first.

Next week Top Gear might have to change times if England has moved on in Euro 2016 soccer games, which could also negatively impact ratings. We will see if there are any comments this week from the BBC (or Chris Evans) as more detailed ratings are released.