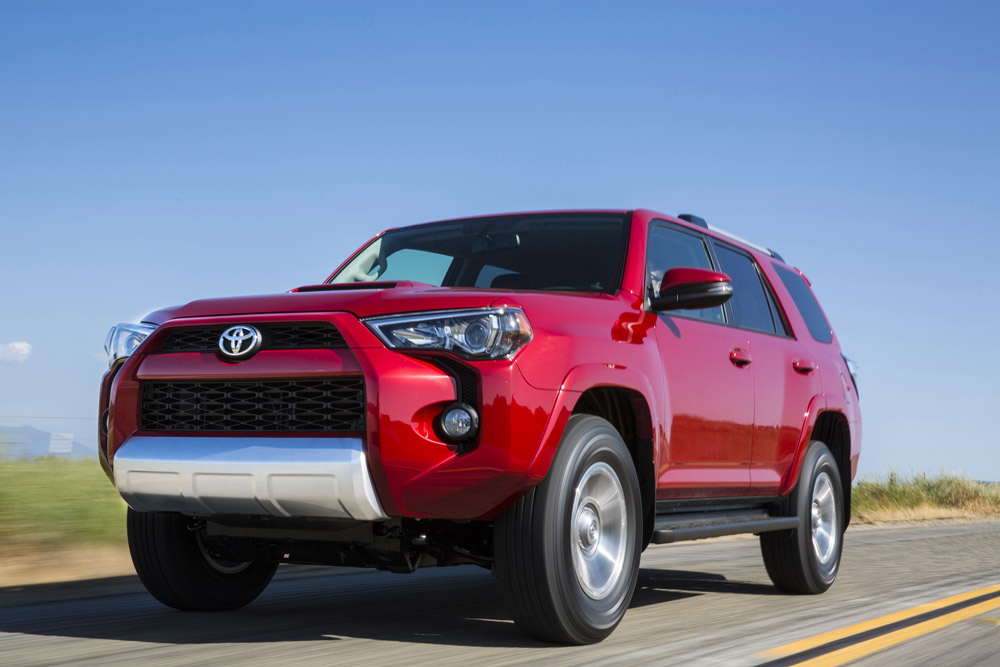 The Toyota 4Runner is the Most Fun SUV according to tflcar.com.

When you hear the word “fun” when it’s associated with a car, more likely than not you don’t think of the Toyota 4Runner—that is, unless you’re The Fast Lane Car (tflcar.com). A combination of its rugged good looks and off-road capabilities has made the 2014 Toyota 4Runner a sure thing for tflcar.com’s fifth annual Top 10 Most Fun to Drive Car Awards, where it earned the title of Most Fun SUV.

Throughout the course of 2013, the editorial staff at tflcar.com has driven and reviewed a number of 2014 model year cars, including luxury brands, performance vehicles, and consumer favorites, narrowing the field down to the ten vehicles that were the most fun to drive. The Toyota 4Runner passed this website’s strenuous testing and earned the title of Most Fun SUV outright, becoming the only body-on-frame SUV on the list.

“These automobiles may or may not be the fastest, the most powerful, or the most expensive, but they are certainly the most interesting cars that we’ve driven in the past year, and that’s why we’re proud to announce they made our list,” said Roman Mica, tflcar.com publisher.

Considered one of the last, true SUVs in the car industry—according to The Fast Lane Car—the 4Runner definitely has a lot of clout when it comes to off-roading. Do you agree?