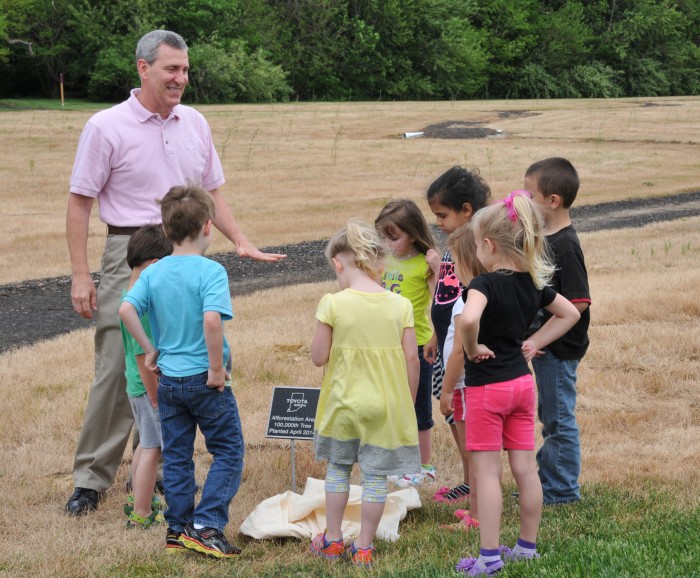 Children celebrate the 100,000th tree planted as part of the Toyota Afforestation Project.

As the pioneer of the hybrid, Toyota prides itself in being responsible when it comes to our planet and its environment. One example of Toyota’s dedication to Mother Nature’s bounty can be found at its plant in Princeton, Indiana. The plant, which employs 4,700 individuals, recently planted its 100,000th tree as part of the Toyota Afforestation Project.

Back in 2008, Toyota made plans to plant native species of tree in a designated Afforestation Area on its 1,160 property. In April, the automaker surpassed the 100,000 mark, and is currently closer to 130,000. Planting these trees has allowed the area to become a haven for deer, hawks, bobcats, and many other species native to this part of the country.

Toyota’s Indiana plant is a zero waste facility, and has been since 2005. The Afforestation Project is Toyota’s way of going further in the quest to minimize its carbon footprint. It is for reasons like this that Toyota received the ENERGY STAR Partner of the Year – Sustained Excellence Award last month from the Environmental Protection Agency (EPA). 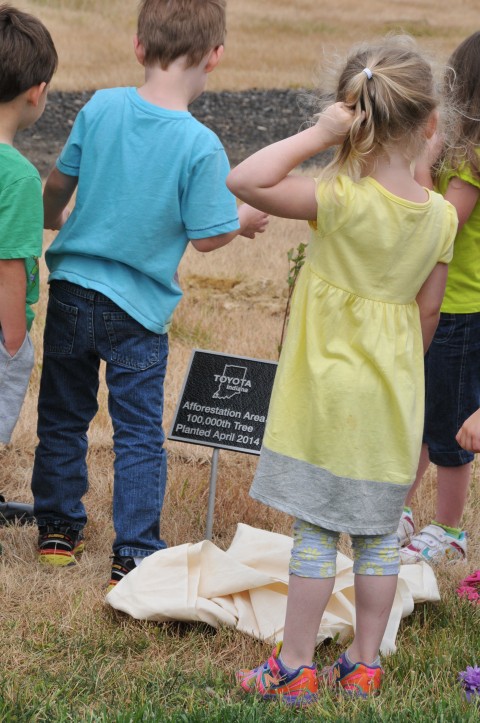 The next generation learns the importance of giving back

To celebrate the 100,000th tree planted as part of the Toyota Afforestation Project, Toyota Indiana’s president, Norm Bafunno, brought in children from the Toyota Children’s Center to share the joy that accompanies environmental responsibility. “I know that our plant will be around for many years to come,” Bafunno commented in a press release. “It is my wish that many of these young children will grow to be our future team members – and as they grow, these trees will be growing with them.”