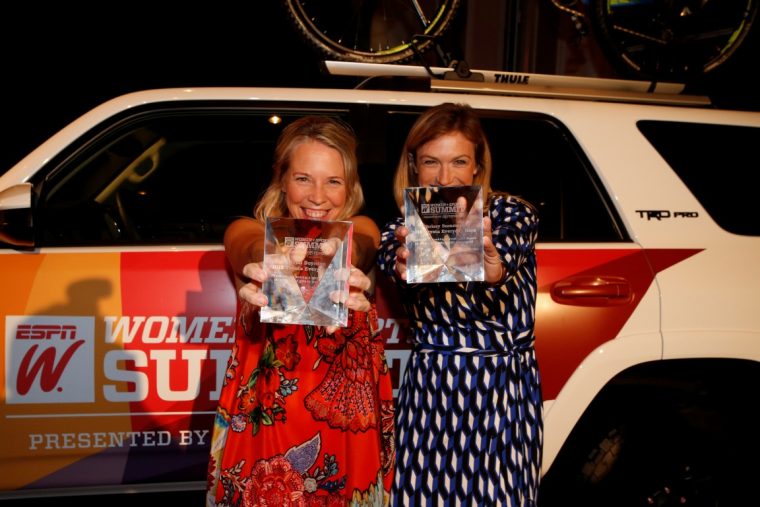 For the last six years, Toyota has sponsored the annual enpnW: Women + Sports Summit, which celebrates the most notable women in sports from the preceding year.

This year’s summit took place last week in Dana Point, California, and honored two “Everyday Heroes” for their contributions to their communities through sports. The 2015 Toyota “Everyday Heroes” were Chrissy Lewis-Summers and Heidi Boynton.

Chrissy Lewis-Summers is the founder of an organization called Beyond Sticks. Since 2010, Beyond Sticks has followed its mission to empower young women through sport, helping them learn valuable skills like leadership and confidence. The organization also provides technical game instruction to these young women, helping them become leaders through sport.

Heidi Boynton is the founder of the Mini Mermaid Running Club. The club helps girls ages 5 to 15 to build their self-esteem through running, healthy eating, and more.  Running can be extremely empowering to young girls and women, helping them combat feelings of insecurity and learn tools to build their self-esteem. Currently, the Mini Mermaid Running Club program operates in 13 states and nine countries and has helped over 5,200 girls in its six years of operation.

The “Everyday Heroes” award comes with a $10,000 grant to each organization. To qualify for the award, a person or organization must have been in the sports industry for at least three years, not yet gained notoriety in the national media landscape, and be currently making a meaningful impact in the local community.