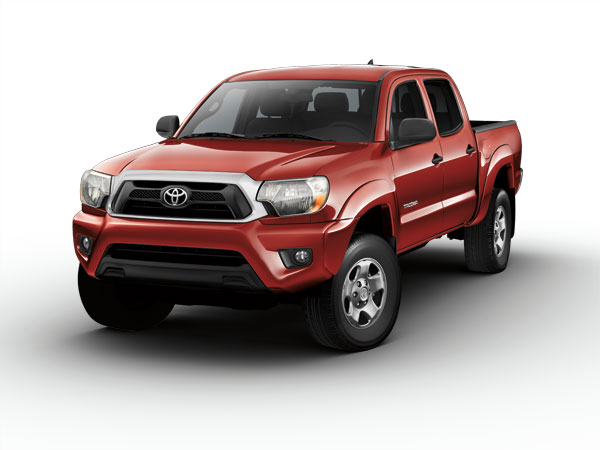 There has been a lot said about the 2013 Toyota Tundra after it was able to tow a massive space shuttle, the Endeavour, across Los Angeles’ 405 freeway without any modifications, and rightfully so, but this has caused its little brother to be often time overlooked.

The smaller truck in Toyota’s lineup, the 2013 Tacoma, is as versatile as its larger Tundra relative, because of its ability to combine power with efficiency.  The Tacoma’s base 2.7-liter four-cylinder generates a respectable 159 horsepower and 180 lb.-ft. of torque, but what’s more impressive are its fuel economy ratings.   The quick 2.7-liter engine returns 25 mph highway – a high mark for any pickup truck.

Still, there are jobs to be done and some drivers require more power.  Toyota’s available 4.0-liter V6 bolster output to 236 horsepower and 266 lb.-ft. of torque, but it won’t cause you to go bankrupt at the gas pump.  The high-performing V6 is able to return 21 mpg highway.

Which powertrain would you choose to power your 2013 Toyota Tacoma?