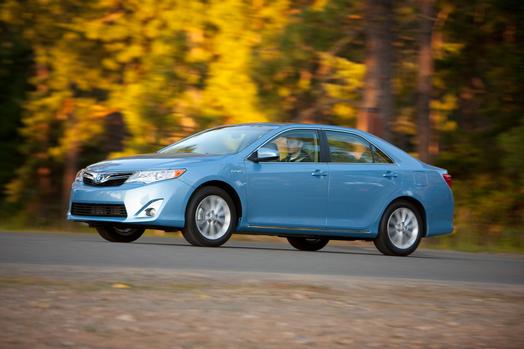 Typically, good fuel efficiency went hand in hand with a loss of interior space—until the Toyota Camry Hybrid was introduced in 2006. As part of Toyota’s attempt to establish itself as the reigning hybrid powertrain champ, the Camry Hybrid continues the Japanese carmaker’s legacy, rolling practicality, versatility, and great fuel economy into a single car.

The Camry Hybrid was first introduced at the 2006 North American International Auto Show along with the XV40 model of the traditional Camry. In order to get the best performance out of the hybrid, Toyota used their second-generation Hybrid Synergy Drive to help power the sedan, making it one of the top choices for hybrids even now.

Since its introduction, the Toyota Camry Hybrid has received a lot of positive attention from critics, some believing it to be a better choice for families that Toyota’s beloved Prius. Even though the fuel economy is incredible, rating better than the majority of compact cars, the price is affordable, and the roominess and comfort in the interior are extraordinary, making it a top choice for a lot of families looking to go green.