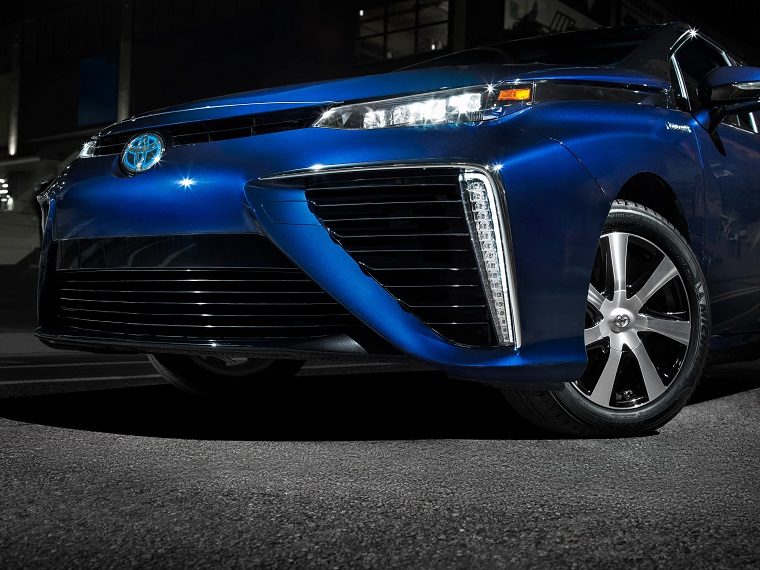 The Toyota Mirai was met with skepticism when it first launched, and though questions still remain about the viability of hydrogen fuel cell technology in a world where electric cars are finally on the rise, the Mirai can at least claim to have done fairly well for itself.

“Move over polluters,” Toyota says in a press release, “the Toyota Mirai, one of the world’s first mass-produced hydrogen fuel cell electric vehicles, has surpassed 3,000 sales in the Golden State. Having reached this new milestone, Mirai make up more than 80% of all hydrogen fuel cell vehicles in the United States.”

It only takes a quick look at the Mirai’s feature list to understand why first adopters would be so eager to get their hands on the car: it delivers combustion-like performance, boasts an estimated driving range of 312 miles while achieving a lofty 67 MPGe combined, emits nothing but water vapor, and can be completely refueled in only five minutes—a major advantage over even the fastest-charging electric cars.

The only real barrier in the way of hydrogen fuel cell vehicles (FCVs) has been the lacking infrastructure to support it. The hydrogen refueling network is still in the very early stages of development, but as more and more stations have been built, so too have Mirais been sold. There are currently 31 retail hydrogen stations open for business in California, with an additional 12 projected to open in 2018.

“Toyota remains at the forefront of developing and deploying hydrogen fuel cell technology, and we believe strongly in its potential to help realize a more sustainable and zero-emissions society,” said Bob Carter, Executive Vice President of Toyota Motor North America. “From our success in launching the Mirai to our work in building the world’s first megawatt-scale carbonate fuel cell power generation plant, Toyota is proud to bring to market new uses for this versatile technology.”