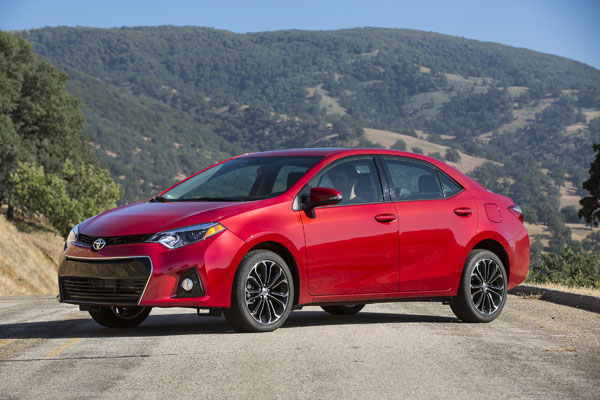 Hot off of its 40-millionth unit sold, the Toyota Corolla is steamrolling ahead into the future with a beautifully updated eleventh generation model.   Over 47 years, the Corolla has been at the cutting edge of style and performance, and the latest version is no different.  Particularly impressive is the new Corolla’s infotainment system, which provides drivers with customizable convenience with a swipe of their finger.

The Toyota Corolla’s infotainment system, called Entune, allows drivers to rearrange icons on their touchscreen display much in the way they would organize icons on their smartphones or tablets.  A video feature at MSN Autos gives car enthusiasts a demonstration of the Corolla’s infotainment capabilities, thanks to the capable hands of Entune’s multimedia operations manager Ken Parkman.

In the demonstration, Parkman shows off the ability to go into fullscreen mode with a simple touch.  The home interface is set to an intuitive three-panel display, featuring vehicle data such as average fuel efficiency and range, current weather forecast, and navigation.

An app button located to the left of the touchscreen panel allows access to the scrollable app list, which can be reordered to the user’s preference.  Apps include messages, music and traffic information as well as access to MovieTickets.com, OpenTable.com, and Bing. An audio button located above the physical app button brings up a touchscreen AM/FM/Satellite radio interface, allowing for easy presetting and station cruising.

Beautiful inside and out, the 2014 Toyota Corolla is not short of style, thanks in part to the impressive intuitiveness of Corolla’s infotainment technology.