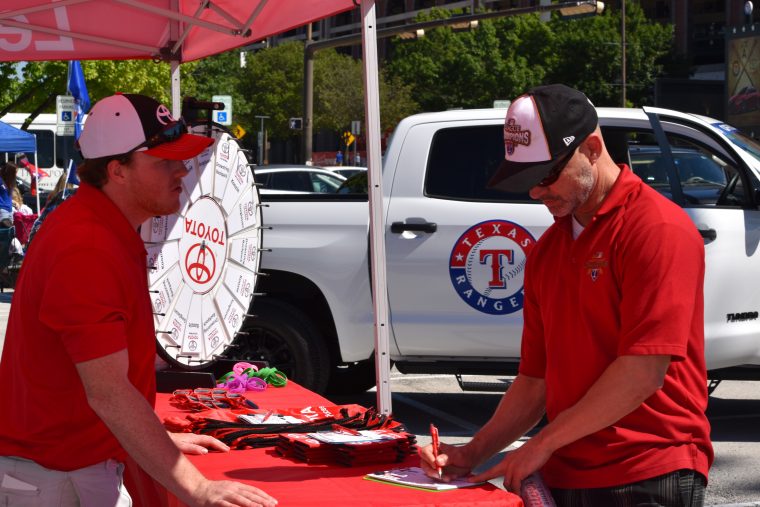 Toyota has become the Official Truck of the Texas Rangers

Already, Toyota serves as a multi-year sponsor for the Chicago Cubs and has since 2010. As part of this arrangement, Toyota recently named several parking lots at Wrigley Field. After what, you ask? Its own cars. That’s right, now you can park your Camry in Camry or your Corolla in Corolla, or, if you’re a mismatched socks kind of person, you can park your Highlander in RAV4. (Just know that I reject you as a human being.)

Toyota seems hell-bent on changing the names of all the parking lots in the history of ever. That’s got to be the only motivating factor behind its recently inked, multi-year deal with the Texas Rangers, giving the automaker naming rights over the parking lots at Globe Life Park in Arlington at all. (The real reason for this deal is actually tied to Toyota’s new headquarters in Texas, following its departure from Torrance.) This new deal was announced earlier today and makes Toyota the Official Truck Sponsor of the Texas Rangers through 2018. As such, Toyota will use this opportunity to promote its two Texas-built trucks: the Tacoma and the Tundra. 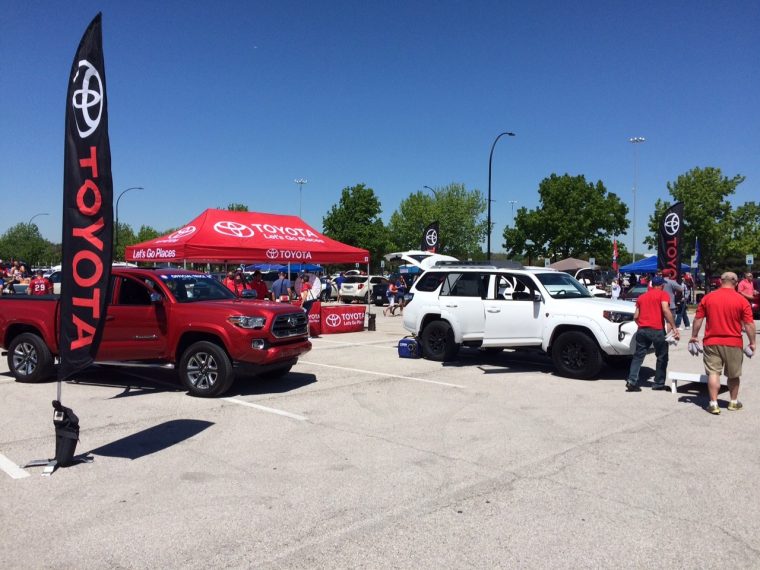 “[O]ur fans will see Toyota’s involvement in a wide variety of programs, from entitlement of the parking lots at Globe Life Park, to in-park promotions, to community initiatives,” remarked Joe Januszewski, executive VP for Business Partnerships & Development with the Rangers. “We look forward to partnering with Toyota for many years to come.” 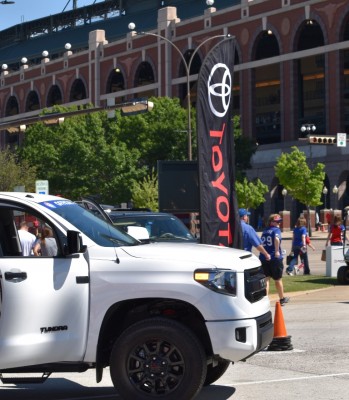 The Toyota-Texas Rangers partnership extends through 2018

The parking lot name changes at Globe Life Park are as follows:

Side note: I haven’t been to a Texas Rangers game at Globe Life Park since the late 90s, so I’m no expert—but I have a feeling there should probably be Lots H and I hanging around somewhere, and if there are, I’m not quite sure why Toyota skipped over those.

But it’s not just parking lots that Toyota is concerned with through this partnership. Toyota is also laying claim to the outfield wall, home plate, the video board, and LED signage. The automaker also will act as the “exclusive sponsor of video replays” at the ballpark. Finally, Toyota employees will take on a large volunteering role in the Texas Rangers Baseball Foundation.

“Toyota has always had a strong commitment to community,” said Ed Laukes, Toyota Motor Sales. “With the relocation of our headquarters to Plano, becoming the official truck sponsor of the Texas Rangers makes sense. We see this partnership as a great opportunity to further our relationship with fans and to cheer for our new home team. Let’s play ball!”