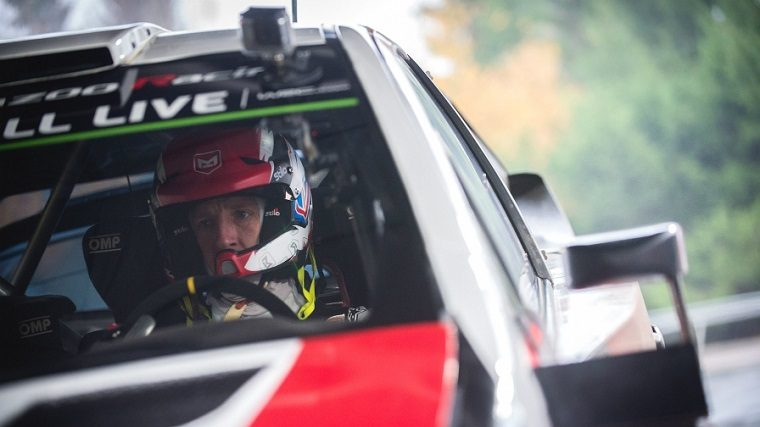 Two of the three drivers are staying on from 2018: Ott Tänak and co-driver Martin Jarveoja, who won four events this year and are challenging for the driver’s championship; and Jari-Matti Latvala and co-driver Miikka Anttila, who have been a staple of the team since its debut in early 2017, and scored a podium on their first outing.

New for 2019 will be Kris Meeke, hailing from northern Ireland, one of the quickest drivers in the WRC at the current time. Since 2015 he has claimed victory on five different occasions, and with his as-yet unconfirmed co-driver he will be replacing Esapekka Lappi and co-driver Janne Ferm.

Team Chairman Akio Toyoda had very kind words for the departing duo. “At this year’s Rally Finland, I was able to witness first-hand how much you value your fans, and how much you are loved by them. I am full of gratitude to you for strengthening Toyota Gazoo Racing’s bond with its supporters,” he said about Lappi.

Repairs Needed? Toyota service centers are more than equipped to take get your car back into shape

“Co-driver Janne, you were always joking, lightening the mood, and energizing our team,” he added. “If I hear hearty laughter coming from a rival team’s tent at WRC rallies next year, it will be reassuring to know that both you and Esapekka — our former partners — are flourishing.”

Tänak, Lappi, and Latvala are currently third, fourth, and fifth in the WRC championship, respectively, and with just two more event to go, Tänak still has an outside chance to win the whole thing.

Toyota Gazoo Racing and its Yaris WRC car, meanwhile, are currently 20 points clear of Hyundai and 44 points clear of Ford in the manufacturer’s championship. Should the Yaris and its drivers continue to perform as they have so far, they’ll have it in the bag.

Fall Maintenance: Items to get off your checklist right now