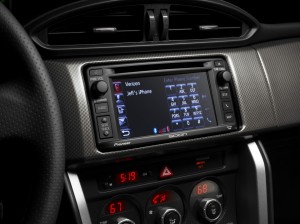 See how the new GT86 compares to its twin Scion FR-S.

The prayers of FR-S and rally fans everywhere have officially been answered.  Toyota will develop an FR-S-inspired rally car, but you will know it by a name more in keeping with the FR-S’s Japanese name: the Toyota GT86 CS-R3 rally car.

The R3 part of the title is derived from the level at which the GT86 CS-R3 will race.  Despite performance details being sparse, we can tell you a little bit about the likely setup of the CS-R3 due to the fact that it must meet R3 regulations. The GT86 CS-R3 must have a six-speed sequential gearbox, limited slip differential, modified engine and adapted brakes among other upgrades.

“Rallying is in our blood at TMG so it is very exciting to announce that we will be expanding our rally operations,” said Nico Ehlert, Principal Engineer for Toyota Customer Motorsport, in a press release. “The GT86 CS-R3 promises to be a thrilling car on the rally stages; with rear-wheel drive we can expect some dramatic action which is sure to be entertaining for drivers and fans alike… We expect demand to be high so we are looking forward to seeing a lot of GT86 CS-R3 rally cars in action from the beginning of the 2015 season.”

Are you a rally fan who is excited to the FR-S-based, Toyota GT86 CS-R3 rally car in action? Let us know in the comments below.