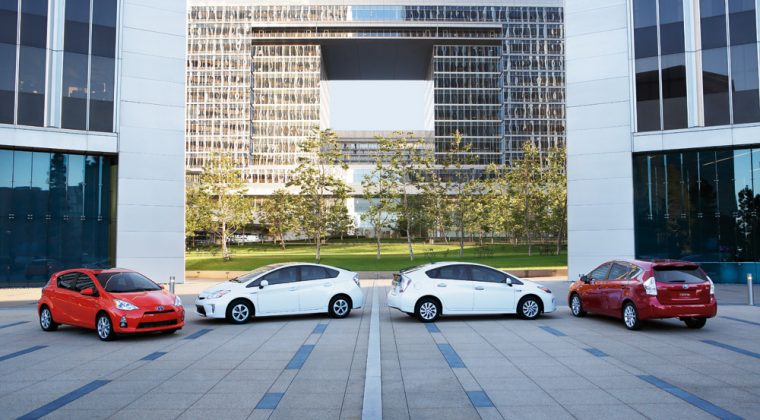 The best-selling hybrids in the word.

It seems that every year, Toyota reaches a new milestone; in fact, it only took nine months for Toyota to reach this new one by selling more than nine million hybrids.

At this point, everyone already knows that Toyota is ahead of the game when it comes to hybrids. The Japanese company was the first to mass-produce and sell a hybrid around the world when it came out with the Prius in 1997 and continues to be a leading innovator of green technology to this day.

Nine months ago, in August 2015, Toyota hybrid sales had just reached the eight million milestone. Nine months before that, it was seven million sales. At this rate, Toyota will hit the 10 million and 11 million mark both in 2017.

As expected, the best-selling hybrid in the lineup is the Prius, which at almost four million units accounts for nearly half of Toyota hybrid sales. Following it is the Prius c, known as the Aqua in Japan, with over a million units sold. Then come the Prius a, Prius v, and Prius +.

A lot of Toyota’s success with these cars is based on the fact that all of these are built from the ground up as hybrids, whereas many competitors simply adapt their existing regular cars by throwing in an electric motor. What’s more, Toyota hybrids are even affordable!

According to the Japanese automaker, these nine million hybrids have helped save 67 million tons of CO2 emissions and 25 million kiloliters of gasoline (approximately 6.6 billion gallons) compared to gasoline-powered vehicles in the same class.

Even if you happen to dislike hybrids, those numbers are still something to appreciate. After all, they leave an extra 6.6 billion gallons of gas to use for every other car that might need it. Plus, who doesn’t like breathing cleaner air?