Toyota Jan Returns to Promote Toyota 1 for Everyone Sales Event 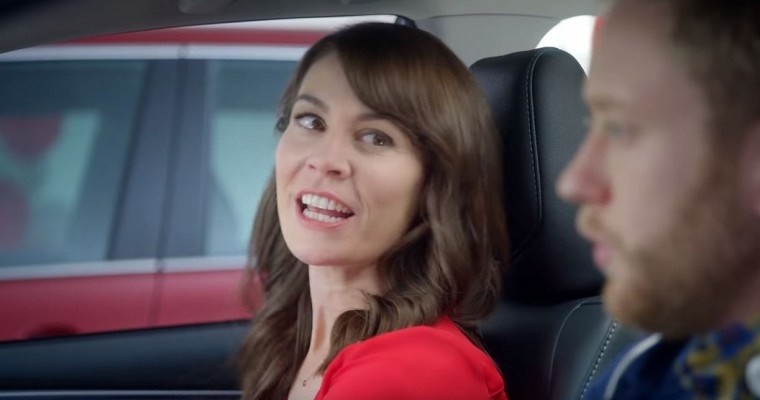 This month, Toyota is launching its 1 for Everyone sales event, which is pretty self-explanatory. In essence, it claims that there’s a Toyota out there for everyone. (Though, if I can be objective for just a moment, last year Toyota only sold 2.5 million vehicles in the US, which is slightly less than the 320 million people living here in the States—so that whole 1:1 ratio might be a tad off. But I’m no mathematician.)

With this new campaign comes something that every perverted old man with a TV and some time on his hands enjoys—new Toyota Jan commercials. Yes, for some reason, Laurel Coppock’s Toyota Jan inspires something in the hearts of many men, as evidenced by the frequent off-color comments often left on her unofficial Facebook page. But for the rest of us less creepy TV watchers, Toyota Jan’s commercials still provide some good laughter.

…but seriously, some of these men are a little much on Facebook. Just read some of those comments.

In what character/movie/commercial do you recognize Laurel from?

Posted by The Unofficial Laurel Coppock Fanpage on Thursday, June 13, 2013

Anyway, onto the actual commercials…

Watch: Toyota Jan in “Has a Posse”

The first of the three new ads I scrounged up is called “Has a Posse,” in which a woman brings “everyone” to the Toyota 1 for Everyone event. It inspires some fast talking from Toyota Jan that could give the “fine print” at the end of radio ads a run for its money.

The second ad called “SOUND SYSTEM” specifically targets potential Corolla shoppers and men who dream of picking up Toyota Jan in their safe and affordable sedan for a hot night out on the town.

The third and final ad I managed to stumble across is called “Backup Camera” and instead focuses on the Camry. In it, Toyota Jan tells a teenage girl what to expect of her father’s ridiculous behavior for the next “10 or 15 years.” Jan knows what she’s talking about—she is a mom, after all.

Toyota Jan’s Latina counterpart, Mariela, is also out in some new commercials for the 1 for Everyone event. Watch all of Toyota’s latest video content here.