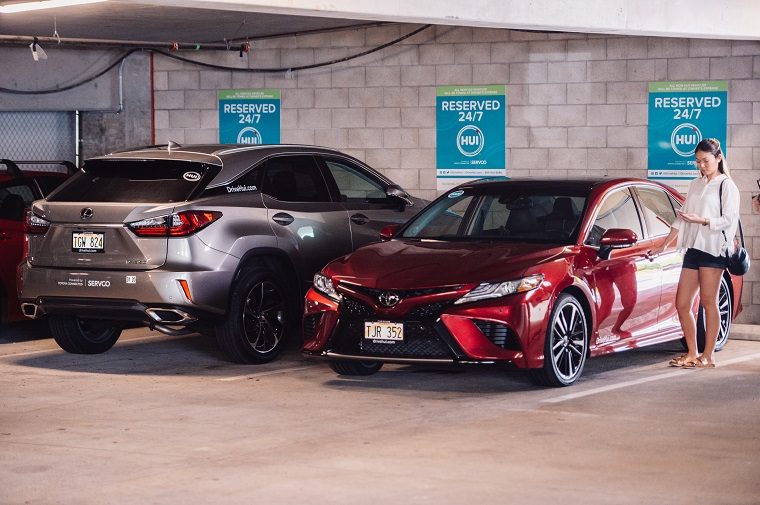 Toyota has launched a new smartphone-based car sharing service that makes it easy for customers in Honolulu to rent cars by the hour or the day.

The service, called “Hui” — which means “group” in Hawaiian — was developed with local distributor Servco Pacific and can track who uses it and when, which Toyota says will help inform its vehicle supply.

Using an app, you can rent a car at $9.95 per hour or $79.60 for the day, which includes gas and insurance. Cars in the program include the Toyota Prius, Prius Prime, Camry XSE, Lexus RX 350 and even the RX F Sport, though it’s safe to assume the sports car costs extra.

Hui competes with other ride-sharing services like Car2Go, Maven, Uber and traditional taxis, but Toyota believes its accessibility will give it the edge it needs to succeed.

“The program is simple to use and more convenient than a traditional car rental service — plus typical add-ons like gas and insurance are included in the reservation cost,” said Zack Hicks, CEO and president of Toyota Connected North America. “And thanks to Servco’s strong relationships with consumers and extensive knowledge of this market, Hui will be the most accessible car share service in Honolulu by far.”

Honolulu is currently in the midst of a building boom, and given the city’s location between mountains and ocean, ride-sharing has the potential to help ease congestion, especially if the service works well and is convenient to use.

But Toyota won’t stop at Honolulu. “Hui is just the beginning for us,” Hicks said, though he neglected to provide additional details.