Toyota Launches Fuel Cell Buses that Can Act as Generators 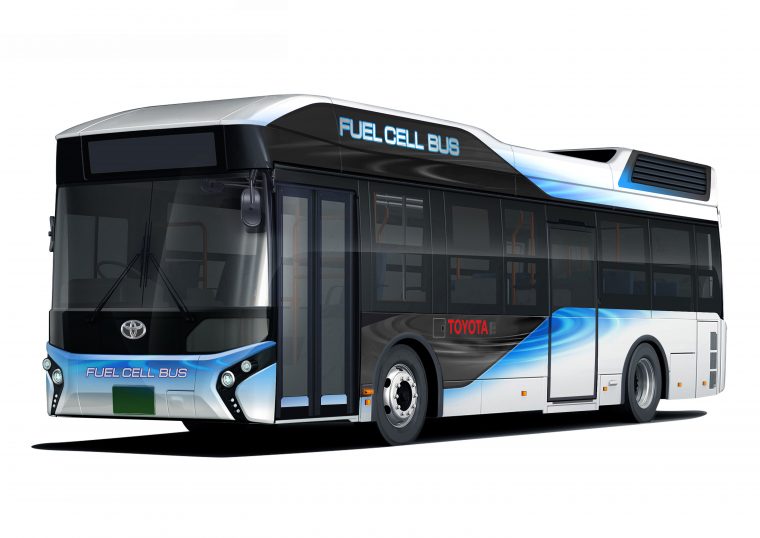 Toyota made history recently by launching its first fuel cell vehicle, the hydrogen-powered Mirai. The Mirai is a $70,000 sedan exclusively sold in California—so what was next for Toyota? A small, cheap hatchback? A sports car a la Tesla Roadster, perhaps?

Starting in 2017, you’ll be able to buy Toyota-branded hydrogen-powered fuel cell buses—well, in Japan, anyway. They’ll use the same Toyota Fuel Cell System that was originally developed for the Mirai, except that it’s been optimized for better energy efficiency. It now outputs up to 9 kW and can hold up to 235 kWh of electricity, about three times that of a Tesla Model S.

The coolest part, though, is how it can also be used as a backup generator. In the event of an emergency, a fully-fueled bus could, for instance, be used to provide power to evacuation sites, such as school gymnasiums.

Toyota isn’t taking this slowly, either. The Japanese government is pushing its manufacturers to go green (or rather, greener) in anticipation of the 2020 Tokyo Olympic Games and Toyota has been more than happy to deliver. Tokyo expects Toyota and Honda to put more than six thousand fuel cell vehicles on its streets by 2020 and Toyota is aiming for at least 100 of these to be fuel cell buses.

As for when these might become available in the United States—well, there’s no telling. Public transportation in the US already lags behind most other developed countries like Japan, so we wouldn’t hold our breath.