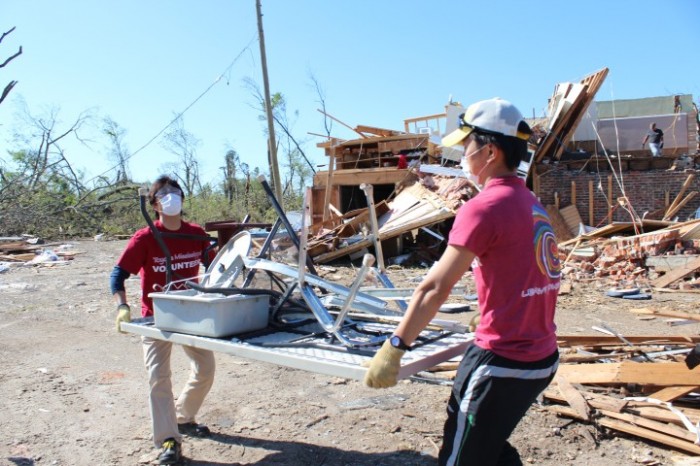 When an EF-4 tornado touched down in Northern Mississippi on April 28, 2014, it left a trail of death and destruction in its path. Ten people were killed, and completely destroyed multiple homes, businesses, reducing some to nothing but bare concrete slabs. As you might imagine, in the aftermath of this type of natural disaster, some serious manpower, money, and support is needed in order for those affected to start moving on. Luckily for residents of the area, Toyota was only too happy to step up and lend a hand. 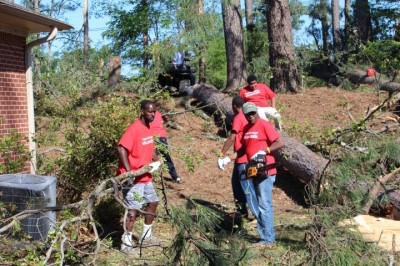 Team members help with the clean-up

“We are very proud of our team members for their outpouring of support and generosity following the tornado this spring,” said Sean Suggs, vice president at Toyota Mississippi. “Our team members genuinely care about the welfare of others, and I am humbled to work beside each of them.”

While it’s awful to hear about natural disasters such as the tornados that hit the area at the end of April, it’s extremely humbling to learn about those who gave their time and money to help those affected. So here’s a huge shout-out to Toyota Mississippi for stepping up and helping those who needed it the most.