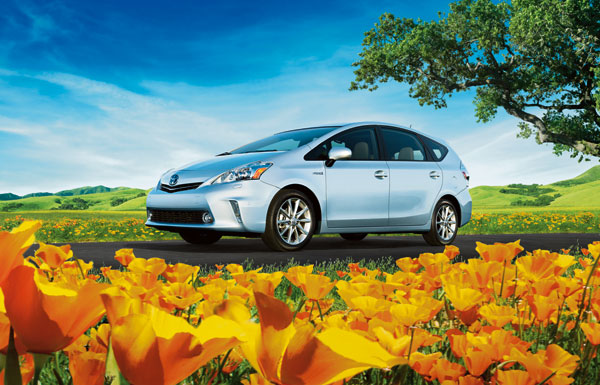 The Toyota Prius v was first introduced in 2011 as a larger option for families looking for the efficiency of the popular hybrid car, but more room. As one of four different body options for the Prius, the v has helped maintain Toyota’s title as the leading hybrid carmaker in the world.

The Toyota Prius v is a hybrid gasoline-electric compact station wagon that began production in May 2011 after being introduced to the North American market at the 2011 North American International Auto Show. Sales for the Prius v began in the U.S. in October 2011, offering enough room for seven passengers with three different configurations: the base Prius v Two, the Prius v Three, and the premium Prius v Five.

When the Prius v first entered the market, it had a very specific target in mind—consumers who want to be eco-friendly without losing space. While you might think this precise group of people would be a small one, the actual amount is pleasantly surprising, allowing the Prius v to rake in the sales. Since 2011 sales have grown from a total of 8, 399 units to 57,593 in 2013.