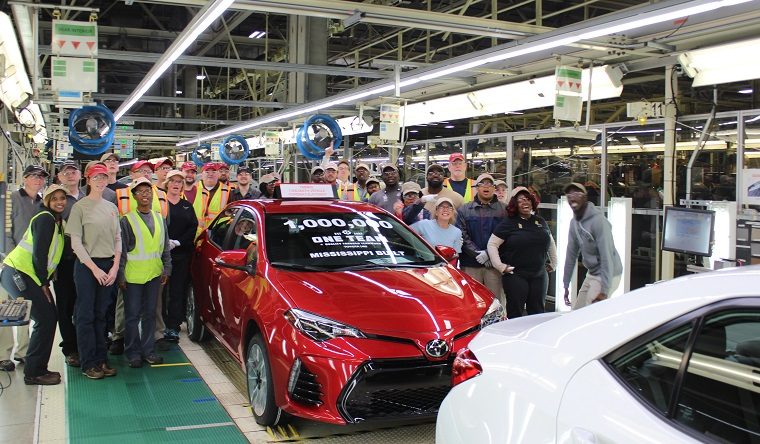 The first team member at the Toyota Motor Manufacturing Mississippi (TMMMS) plant was hired in 2007. Four years later, TMMMS built its first Corolla, the best-selling car of all time. Now, in time for the plant’s 10th anniversary, the one-millionth Mississippi-built Toyota Corolla has rolled off the line.

“To think this all started with one—one team member, one team, one car, and now the one millionth Corolla is rolling off our line—is incredible,” stated Sean Suggs, vice president of manufacturing. “This is another feather in the cap of Toyota’s 1,500 team members who come together each day to produce ever-better Corollas. Our team members are the foundation of our success.”

The Corolla is no longer the cornerstone of the Toyota lineup—that honor likely goes to the Camry or the RAV4—but it continues to play an important role for the manufacturer as one of the most affordable ways for customers to hit the road in a new car.

In the 60 years Toyota has had a presence in North America, it has built more than 33 million cars and trucks. It now operates 14 manufacturing plants (10 of which are in the United States) and directly employs more than 46,000 people (over 36,000 in the US). It supports 1,800 dealerships, which have sold nearly 2.7 million cars and trucks in 2016 alone—about 85% of which will still be on the roads in 15 years, if past reliability is an indicator.

Winter Prep: Make sure to check your battery