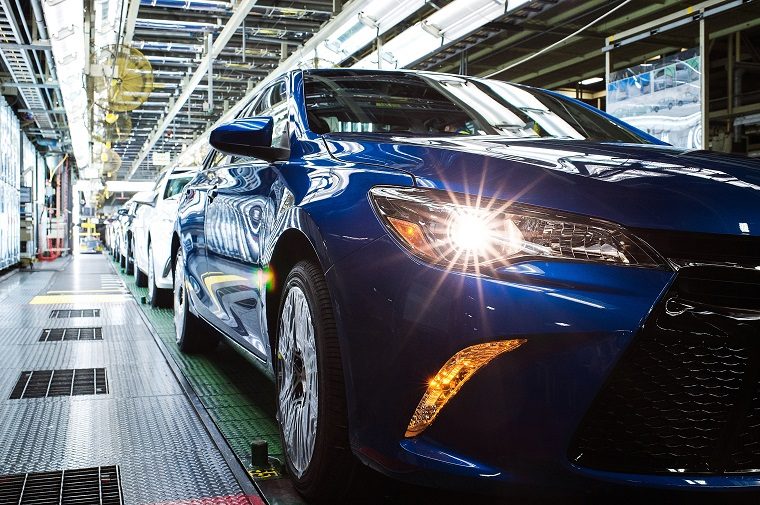 Toyota set a new production record in North America in 2016, building 2,124,608 vehicles throughout the year, up 4.4% compared to 2015. That represents an increase of nearly 100,000 vehicles, which Toyota says was aided along by low fuel prices, the continued stability of the economy, and ever-rising demand for SUVs and trucks.

Since 1986, the automaker’s total vehicle production in North America has exceeded the 30 million mark. Toyota currently employs more than 44,000 people across the continent and produces 13 vehicles there.

Best-Seller: The Toyota Camry is the top-selling sedan in America

In 2016, the automaker also celebrated the following milestone anniversaries for several of its manufacturing facilities:

“Our success is driven by the talent and dedication of the men and women who manufacture our products here in the U.S.,” said Jim Lentz, CEO of Toyota Motor North America (TMNA).  “Every part and every vehicle that rolls off the line reflects our commitment to safety, quality, value, and, above all, our passion for exceeding customer expectations.”

Toyota is kicking off 2017 with a $600 million investment in its Indiana plant, where it will add 400 jobs to help accommodate increased demand for the Highlander SUV. This is part of Toyota’s plans to invest $10 billion over the next five years in the United States.

The company also broke ground in November for its 15th manufacturing facility in Guanajuato, Mexico, which will begin producing the Corolla in 2019.