Toyota Promises to Return to Le Mans After Yet More Heartbreak 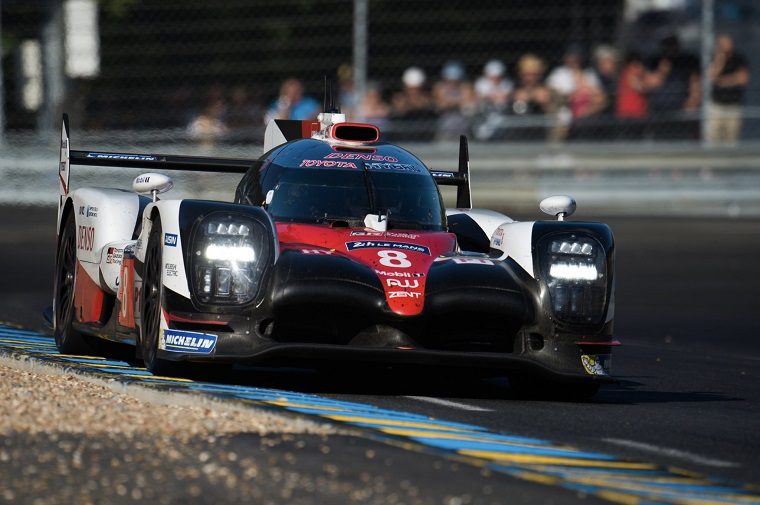 It seems that Toyota cannot catch a break at the 24 Hours of Le Mans. After putting in valiant performances throughout the years and coming achingly close to the overall win last year, the Japanese automaker was back in 2017 with its most competitive car yet.

The new Toyota TS050 Hybrid was so fast it had won both of the World Endurance Championship races prior to Le Mans and then smashed the Circuit de la Sarthe lap record during qualifying. Then, for nearly half of the 24-hour race, the #7 Toyota held a commanding lead over the competing Porsches.

Reliability issues, however, loomed large. The #2 Porsche went into the pits early in the race to get its motor generator unit replaced, which took almost two hours. The #8 Toyota also spent two hours in the garage for repairs, leaving just three LMP1 cars out in the field.

Then disaster struck. A clutch problem brought the leading #7 Toyota to a crawl right after a safety car restart and the car was forced to retire, unable to make it all around the circuit on electric power alone.

Moments after, the #9 Toyota—now in second place—was hit by another car, causing a puncture and sending it spinning into the gravel. Though it was able to rejoin the track, the car’s flailing tire carcass then wrought havoc on the car’s bodywork and internal systems, bringing it to a halt as it attempted to rejoin the pits.

That left only the lagging #8 Toyota on the track, but after its long repairs it was only able to finish higher than eighth.

What made the incidents even more heartbreaking for Toyota was that both issues on the #7 and #9 cars took place at the start of the very long circuit. Had they taken place near the end of the laps rather than at the beginning, Toyota would likely have been able to get the cars fixed and on their way. Given that the #1 Porsche subsequently broke down as well, that may very well have been the difference between retirement and winning the race.

Toyota, however, is still committed to claiming that Le Mans win that has eluded it since 1985. “We will analyze what went wrong because we cannot accept a double retirement like that during the night,” said Toyota team president Toshio Sato. “We will come back stronger and more determined than ever; our Le Mans challenge will continue.”

You don’t choose to win Le Mans, Le Mans chooses you. We hope one day it will choose us. We’ll be back. pic.twitter.com/cf3C6Xxnab