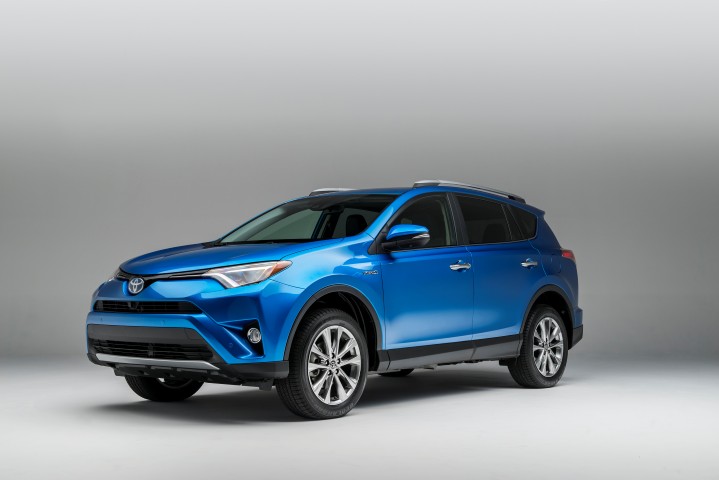 Toyota is the master when it comes to hybrid vehicles. Since the release of the Prius in the early 2000s, the automaker has sold more than 7 million hybrid vehicles across the globe. Today, at the 2015 New York International Auto Show, Toyota unveiled the eighth hybrid vehicle in its lineup—the 2016 RAV4 Hybrid.

Fitted with an electronic on-demand all-wheel-drive system, the RAV4 Hybrid promises to offer a mixture of power, fuel efficiency, and driving performance. Engine specs have not yet been released, but Toyota says that the hybrid model will have better acceleration and more horsepower than the RAV4 fitted with a conventional gasoline engine. The RAV4 Hybrid will be available in the XLE and Limited trim levels, and will offer features like 17-inch alloy wheels, and a choice between six exterior paint colors (Black Sand Pearl, Magnetic Gray Metallic, Classic Silver Metallic, Blizzard Pearl, Super White, and a new color simply named BLUE).

In addition to introducing a new hybrid engine, Toyota is giving the RAV4 a mid-generation facelift. The 2016 model has a restyled exterior with LED daytime running lights and headlights, a new rear bumper and liftgate, front and rear silver skid plate garnishes, and a shark fin antenna. Additionally, drivers can take advantage of features like a new sunglasses holder, new soft-touch interior materials, an additional USB port, new interior color choices, and a redesigned cup holder that will fit tall mugs with handles.

The RAV4’s refresh and its new hybrid offering are thanks to its success as the fastest-growing vehicle in America’s fastest-growing small SUV segment. The RAV4 Hybrid will be the only hybrid in this segment, allowing Toyota to cater to an entire audience that has thus far been unrepresented in the segment. 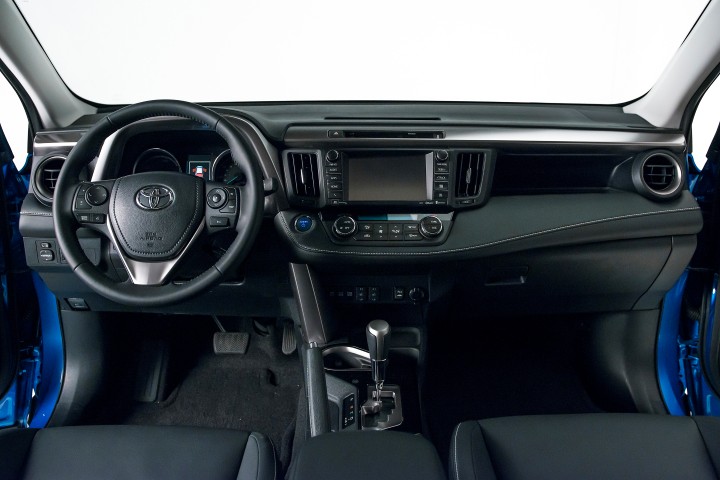 Inside the 2016 Toyota RAV4 Hybrid

Given the success of Toyota’s other hybrid vehicles, I’m pretty certain that the RAV4 Hybrid will be much more successful than the model’s last foray into alternative energy—the RAV4 EV, which was recently discontinued due to disappointing sales and lack of interest.

The 2016 Toyota RAV4 and RAV4 Hybrid will arrive in dealerships later on this year, so keep an eye out if it sounds like your kind of vehicle!