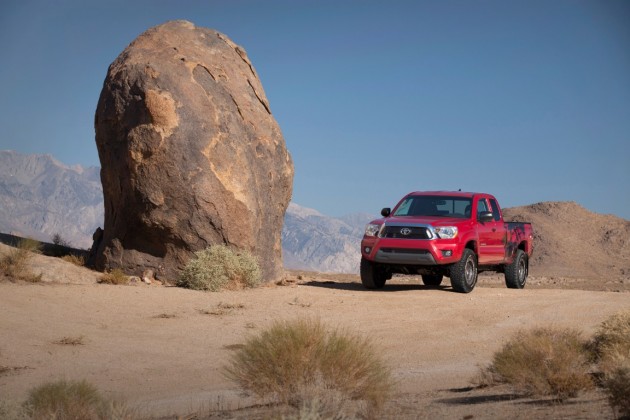 Starting in 2015, models like the Toyota Tacoma will be a heck of a lot safer!

As technology advances rather quickly, automakers are left with the seemingly daunting task of creating safety features that can rival (and beat) the competition. Often, we hear of the most impressive safety features only being offered on luxury vehicles or upper trim levels, but the new Toyota Safety Sense C and P packages will be available across both the Toyota and Lexus lineups in 2015. And the best part is that the packages are designed to be affordable in order to encourage widespread use. Pretty neat, huh?

The Toyota Safety Sense C package will be available on compact cars from the Japanese automaker. This package will include camera and laser radar connected to a pre-collision system, lane departure alert, and automatic high beam headlights.

The P package will be available on all mid-range and high-end Toyota models, and offers the same pre-collision system as the C package, but with added pedestrian detection function, which allows the vehicle to detect and avoid foot traffic at speeds of up to 19 mph. Additionally, the P package offers radar cruise control.

While announcing the introduction of the Toyota Safety Sense C and P packages, the automaker commented, “Toyota believes that the ultimate goal of a society that values mobility is to eliminate traffic fatalities and injuries.” Certainly, when equipped with these safety features, drivers will be less likely to get into serious accidents, which is only good news for drivers.