Toyota Says Integrating Alonso Has Been ‘Remarkably Easy’ Despite the Risk 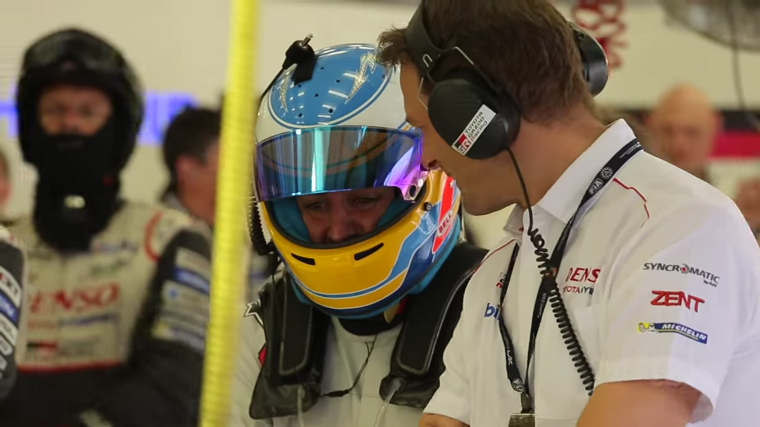 Two-time Formula One champion Fernando Alonso, for all his skill behind a wheel, has had a notoriously difficult career that many say he brought onto himself by being challening to work with.

But Toyota, who hired Alonso for the 2018/19 WEC super season, says that integrating the Spaniard in its LMP1 squad has been remarkably easy.

“He’s settled himself in the team in a way that makes things so easy,” said Pascal Vasselon, the team’s technical director. “The guys know each other already. It’s quite smooth. And he makes things smooth because he is coming with a pure and genuine motivation. It’s remarkably easy so far.”

At the same time, team boss Rob Leupen admits that taking on Alonso was a risk given his lack of experience in endurance racing. “Ok, he’s a double world champion, but he’s a rookie,” Leupen said. “He has to deal with traffic. We’re not here with 20 cars on roughly the same level, there’s gigantic differences. He needs to be able to judge that.”

They’re All the Rage: Toyota’s 2018 crossovers and SUVs

Fortunately, Alonso was able to get some track time at the 24 Hours of Daytona with United Autosports, which is owned by McLaren boss Zak Brown, and Leupen says Alonso did well at the first race of the season in Spa.

“At Spa we saw some really good moments of him. At one point he was stuck behind a GTE going into Turn 17 and he did that perfectly. That was really good and gives confidence to the team that he can do it.”

“He’s 100 percent professional, easy-going and open,” Leupen added. “It gives the engineers and the mechanics an extra boost, extra motivation. I think we can be very happy that he chose to race with us. In hindsight it’s been a very good move.”

Buckle Up: Toyota Safety Sense is advanced and standard