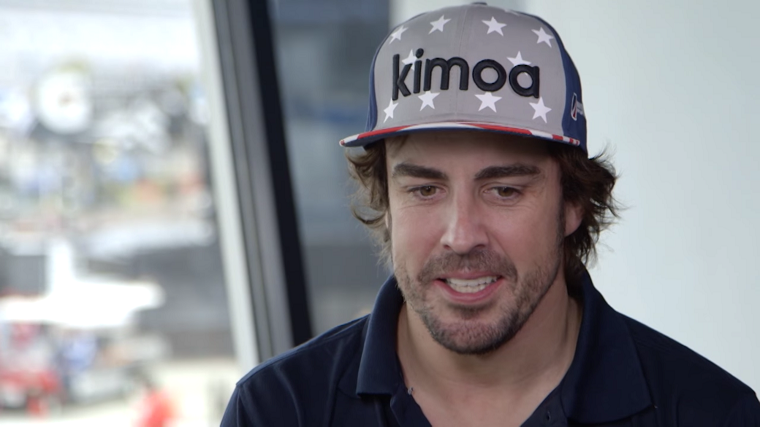 In preparation for the 24 Hours of Le Mans, and because the guy simply likes to race, Fernando Alonso competed at the 24 Hours of Daytona with United Autosport this weekend. And though top results were not expected, they would have nonetheless been welcome…but unfortunately for the Spaniard, they were never even in reach.

After about 10 hours and 20 minutes had elapsed, the brakes in Alonso’s car failed and he was forced to run straight through a turn before heading into the pits, where the team spent 40 minutes changing the master cylinder. The car then suffered further brake and throttle issues throughout the race, requiring more garage time, so that when Alonso stepped out of the car for the final time in the 22nd hour, he was in 20th place and 50 laps down.

“You’re scared a little bit, no doubt,” Alonso said about losing the brakes. “It happened two times in the first corner—you’re right there at 300 to 310 kilometers an hour, and you hit the brakes and there’s no brakes…At night, obviously you don’t see clearly the tire wall or where is the escape road, so there was even more of a scare. But that’s the way it is. You try to get the car back to the garage.”

Before the issues crept up, Alonso had been running well. He started 13th and worked up to 10th in the first few hours before a tire issue dropped the team to 11th. When he experienced the brake issue, he had been running sixth, just two laps down.

Though the results weren’t good, Alonso got the sports car racing experience he wanted out of the race, which he ultimately hopes to put to good use at Le Mans, perhaps this year or the next. “If and when I will be at Le Mans, it will be for the second time at least,” Alonso said. “So I will be much more prepared [for] the practice, the race, driver changes, communication, driver preparation between the teams, how much rest you need to have.”

Service FAQ: Answers to all the most commonly asked questions about servicing your car