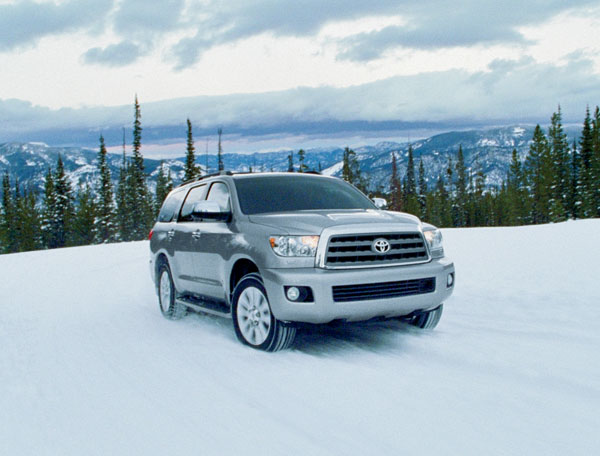 When the Toyota Sequoia was first introduced in 2000, it initiated the Japanese carmaker into the incredibly popular full-sized SUV class in North America. While the Sequoia hasn’t exactly been the most popular of vehicles, its truck-based design and great performance have helped smooth the entrance of other Toyota SUVs into the market.

The Sequoia was first introduced on January 11, 2000, at the North American International Auto Show, catching the attention of critics with its Tundra-based design, which lead to its nomination for the North American Truck of the Year award in 2001. Produced in Princeton, Indiana, the Sequoia sits between the Toyota 4Runner and the Land Cruiser in Toyota’s North American SUV lineup, though it is considered the largest SUV produced under the Toyota brand name.

In its first generation, the Sequoia was available in two separate trim levels, the SR5 and Limited, along with the option of either two-wheel drive or four-wheel drive. Now, Toyota has added a third trim level, Platinum, with standard four-wheel-drive. Toyota has announced, however, that production for the Sequoia may not continue past the 2014 model year, meaning it would end in its second generation.