The latest recall in what seems like a neverending fountain of issues from various automakers in 2014 involves the Toyota Tacoma. This time, the problem has to do with rust in the rear springs, which are located above the rear axle instead of below it. Stress or corrosion can cause one of the leaves to separate, which could potentially contact the fuel tank or brake line and sever one or both. 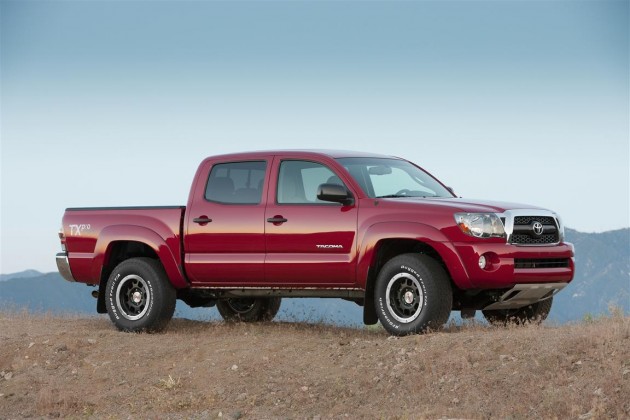 The 2011 model is affected by the Toyota Tacoma recall

The Toyota Tacoma recall involves the 4×4 and PreRunner models from 2005-2011. Owners of affected models can expect to be contacted by Toyota soon regarding how and where they can get their trucks fixed.

The Tacoma has been plagued with recalls in recent years. If the rust issue sounds familiar, that’s because Toyota issued a similar recall back in November 2012, which involved a rusted spare-tire carrier that could break and cause the tire to come loose. Additionally, Toyota recalled the 2009-2010 Tacoma, among other models, for a problem with the driver’s side airbags. Finally, there was a Toyota Tacoma recall back in 2010 when it was discovered that cracks formed during production could cause the front driveshafts to separate.

Stay tuned to The News Wheel for the latest information on recalls and safety concerns.