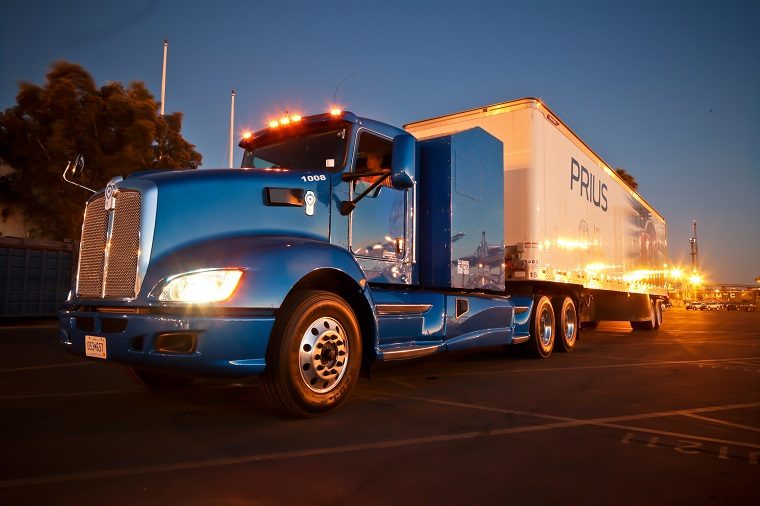 Toyota has announced it plans to build the world’s first megawatt-scale, carbonate fuel-cell, power-generation plant with a hydrogen fueling station. Called Tri-Gen, the plant will be operational at the Port of Long Beach near Los Angeles by 2020 and will derive its power from agricultural waste from North Californian dairy farms.

Toyota estimates the plant will be capable of generating 1.2 tons of hydrogen and 2.35 megawatts of electricity per day, which is enough to power 2,350 average-sized homes and propel 1,500 vehicles. According to Doug Murtha, VP of strategic planning for Toyota Motor North America (TMNA), the waste will travel to the plant via a pipeline network and no combustion will take place in the processing.

“Gas is fed into a fuel cell and the fuel cell then converts basically a methane bio-gas into electricity, hydrogen and water—and heat’s another byproduct,” he explained. The plant is being developed by FuelCell Energy and with support from various sources, including the U.S. Department of Energy and the California Air Resources Board.

While Murtha praised Tesla for its semi-truck project, he believes hydrogen has much higher potential in the heavy-duty transportation sector. “If we sell a Mirai it takes a Corolla off the road,” said Murtha. “That’s great. It’s a positive for emissions. But if we can come up with a zero-emission-vehicle solution to take a diesel tractor off the road, that has much greater societal benefits, so we’re not surprised there are folks working on battery-electric solutions to this. We’re obviously placing our bets in the fuel-cell space and we’re happy others are looking at [changing the paradigm].”