Toyota to Celebrate 16 Years of Hybrids at Frankfurt Motor Show 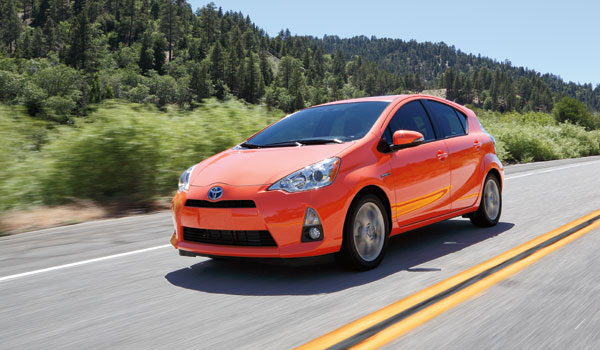 Toyota is celebrating 16 year of hybrids.

To celebrate sixteen years of hybrid technology innovation and vision, Toyota will collect its hybrids of past, present and future in its own special exhibition at the September 10 Frankfurt Motor Show.

Since the original Prius first bowed way back in 1997, Toyota has gone on to sell over 5.5 million hybrid vehicles around the globe, including more than three million sales of its benchmark Prius.

Toyota will also debut its highly-anticipated Yaris Hybrid-R concept at Frankfurt, which is projected to get more than 400-horsepower.  The race-inspired three-door will serve as a fitting top piece for the presentation, which will mark the progression of Toyota’s hybrid brands over the course of sixteen years.

In addition, Toyota intends to update the status of their Fuel Cell Hybrid Vehicle (FCHV) tech at Frankfurt Motor Show.  The FCHV is scheduled for mass production by 2015 and could serve as the next standard-bearer for sustainable energy vehicles.  Toyota filed for more green tech patents in 2012 than any other automaker, and was also cited for filing for the most fuel cell patents.

In its 16 years of hybrid supremacy, Toyota calculates that its 5.5 million hybrid sales have conspired to save more than 12 billion liters of fuel and 34 million tons of emissions.  That’s no small change.  Here’s to another 16 years of Toyota hybrid tech!