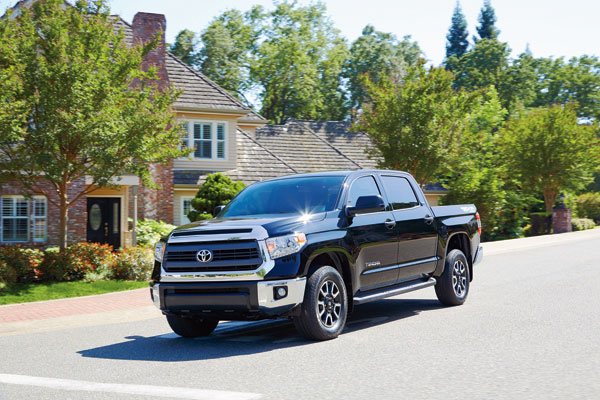 Okay, so it’s not one of the biggest recalls in recent months, but it’s a recall nonetheless. If you’re the owner of a 2013-2014 model year Toyota Tundra that’s been modified with certain vehicle packages, you might want to see if this Toyota Tundra recall affects you. The vehicles in question, which were modified by Gulf States Toyota, Inc., have been equipped with non-Toyota brand 20-inch alloy wheels and chrome-plated lug nuts, and the issue is that these lug nuts could loosen, possibly causing the wheel studs to fracture. This, in turn, could separate the wheel from the vehicle, which is bad news in anyone’s book.

If you think you’re affected by this Toyota Tundra recall, hang tight; Gulf States Toyota, Inc. will begin notifying owners within the month. You’ll be able to get your lug nuts replaced, and your dealer will torque them to specification, free of charge. If, in the meantime, you’d like to know more, you can call GST at 800-444-1074, or the National Highway Traffic Safety Administration’s vehicle safety hotline at 888-327-4236. Alternatively, head to the NHTSA’s website for the latest info.

Stay tuned to The News Wheel for the latest on automotive recalls.