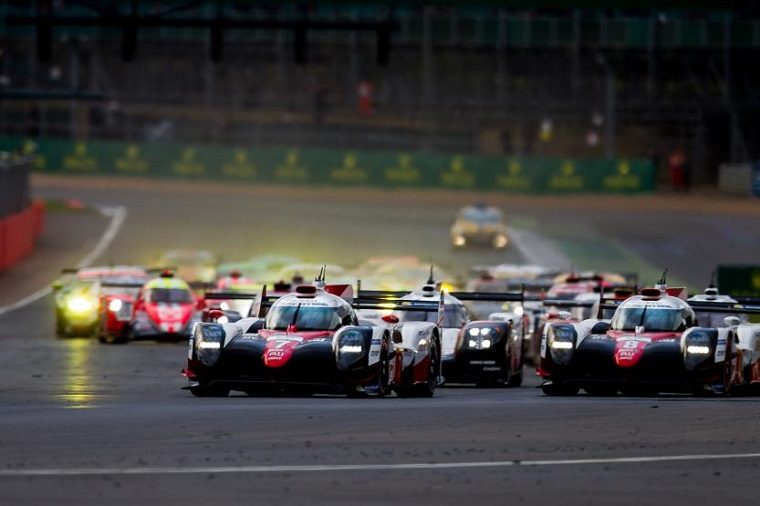 Toyota took victory in the opening round of the World Endurance Championship (WEC) with the help of Anthony Davidson, Kazuki Nakajima, and Sebastien Buemi, who hauled the #8 Toyota TS050 Hybrid across the finish line just six seconds ahead of the rival #2 Porsche 919.

With Audi now out of the WEC, the fight for endurance racing supremacy has been reduced to a duel between Porsche and Toyota in the LMP1 class. Though Porsche emerged victorious in 2015 and 2016, putting Audi’s domination to an end, Toyota’s racecar package is looking stronger than ever—and the team will be keen to keep its winning momentum rolling all the way to Le Mans, where it will hope to put behind last year’s tragic loss once and for all.

Before Le Mans, though, will come the 6 Hours of Spa in Belgium, where Toyota will have plenty of work to do to win again. The Japanese team came to today’s race with a higher-downforce package than Porsche, better tuned for Silverstone than for Spa, and only just managed victory at the former.

Still, even with the better Silverstone package the race win is all to Toyota’s credit. After rain, two full-course yellow periods and a safety car bunched up the field in the fourth hour, brought out by Jose-Maria Lopez crashing the #7 Toyota into the barriers, the #2 Porsche had been kept into play and managed to grab the lead.

But the #8 Toyota, in the hands of Buemi, proved too strong in the end. After a final pit stop for fresh Michelin tires, Buemi hunted down Hartley in the Porsche and overtook him with just 12 minutes to spare. To put the cherry on top, Toyota somehow managed to repair the #7 car and get it classified fourth in the LMP1 class for valuable points.

Purchase Power: How to improve your credit score