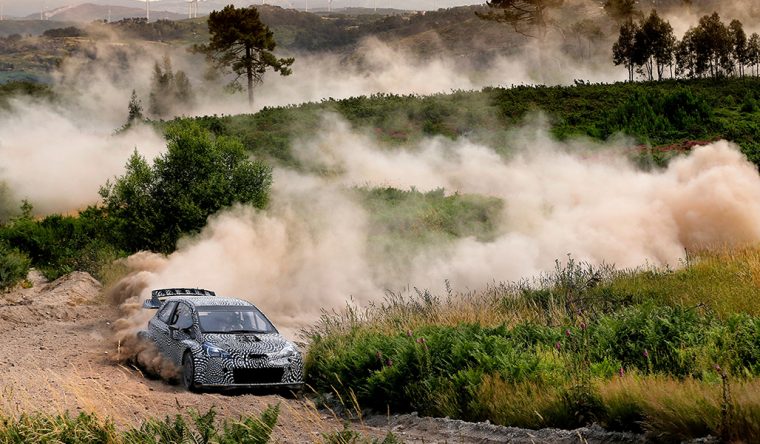 Toyota has entered the final development stage of its new Yaris WRC contender and given us a little something to get excited about.

The Japanese automaker will return to the World Rally Championship with Toyota Gazoo Racing, a name you might already recognize from the World Endurance Championship. The car is based on the hatchback version of the Yaris—not the upcoming sedan, which will be based on the discontinued Scion iA.

For the last nine months, Team Gazoo has been hard at work making sure its two development Yaris WRC rally cars are up to the beating that only a proper rally competition can inflict upon a car—and of course, that means thrashing them over just about every type of terrain.

Along with his crew, team principal and four-time WRC champion Tommi Mäkinen has logged in more than 3,000 miles over gravel, dirt, and mud to help uncover any kind of issues the Yaris might have lying in wait under the hood.

Its engine and transmission has been gravel-tested near the team’s base in Puuppola, Finland, and its suspension design has been fine-tuned in Spain and Portugal.

The team is more than just cautiously optimistic about its performance: “We haven’t started testing on tarmac, but we can already tell that the car’s performance levels are really high,” said WRC Chief Engineer Tom Fowler.

If you’ve never watched rally before, now might be a good time to start. The 2017 season will kick off with new regulations that introduce more power, wider cars, and bigger wings, which should bring back some of that excitement that some fans have been missing since the Group B era.

In the meantime, check out Toyota Gazoo Racing’s video showing off the development Yaris WRC below: