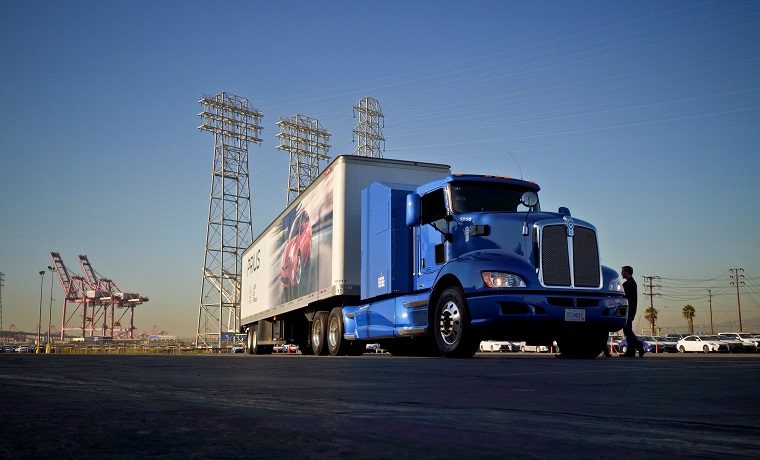 Back in April, Toyota revealed “Project Portal,” a hydrogen fuel cell-powered semi-truck that made more than 1,300 lb-ft of torque—and now the Japanese automaker has announced the truck is ready to be used for short routes at ports in California, known as drayage.

After having completed more than “4,000 successful development miles,” the truck will now begin moving goods between depots in the Port of Los Angeles and Long Beach, running 200 miles a day. The goal is to test how the battery pack will be impacted by frequent cycling of the fuel cell system, which will be refueled often, as well as to capture real-world performance data. Eventually, longer haul routes will be introduced.

The numbers behind Project Portal truck are staggering. It uses two fuel cell stacks derived from the Toyota Mirai fuel cell car and a 12 kWh battery to generate over 670 horsepower and 1,325 of torque. Its gross combined weight capacity is 80,000 pounds. The major upside of the hydrogen fuel cell technology is that the truck emits nothing but water vapor and can go much longer than a conventional electric vehicle without needing to recharge, though the infrastructure to support this is currently lacking.

“Toyota has led the way in expanding the understanding and adoption of fuel cell technology,” said TMNA Executive Vice President Bob Carter. “From the introduction of the Mirai passenger vehicle to the creation of the heavy-duty fuel cell system in Project Portal, Toyota continues to demonstrate the versatility and scalability of the zero-emission fuel cell powertrain.”