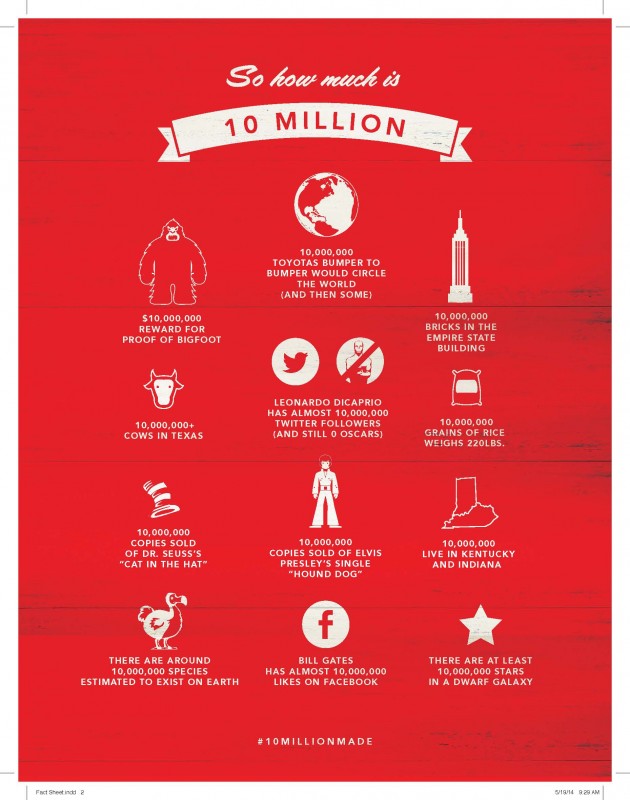 Toyota hit a pretty significant milestone last week. The Japanese automaker’s Georgetown, KY plant rolled out its 10 millionth vehicle since it began producing Toyota models back in 1988. The 10 millionth vehicle made in Kentucky was a white Camry Hybrid, and one Toyota Motor Manufacturing, Kentucky (TMMK) employee will drive it home to celebrate the plant’s success. [ Click to watch the plant’s employees talk about this milestone ]

In keeping with tradition, the first car ever made at this plant was also a Camry. The Camry in question was never sold, but instead preserved so that future generations of workers could see where the plant started and where it is today. Since 1988, TMMK has produced numerous vehicles at the Georgetown plant, including the Avalon, Venza, Sienna, and Solara. Over the last 16 years, Toyota has invested a whopping $5.9 billion in the plant, which remains the automaker’s largest in North America.

To celebrate Toyota’s 10 millionth vehicle made in Kentucky, a TMMK team member had the honor of throwing out the first pitch at last Thursday’s Lexington Legends minor-league baseball game, and enjoyed the game from some super-comfy seats—one of two Avalon seats. The recently made Camry Hybrid was also on display at the game.

When asked about the first-ever and 10 millionth vehicles produced in Georgetown, plant President Wil James said, “Obviously, these two vehicles are worlds apart in many ways, but, at the same time, identical in others – particularly when it comes to craftsmanship and the care and love that went into their production.” Regarding the plant’s success, he commented, “Many people may be surprised at our growth and the success the past 26 years; I am not. We have the best, most dedicated work force in the world.  It is all about family, working together to make the best product for the customer.”

Our congrats go out to the TMMK team on their milestone! May the plant crank out Camrys like nobody’s business for years to come.

Watch employees talk about the milestone