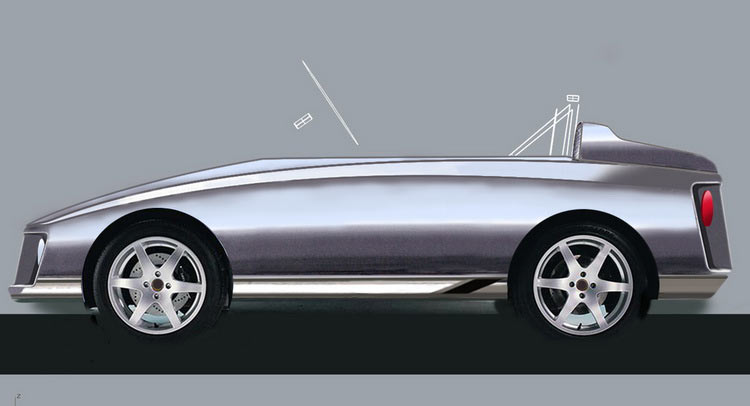 Newer drivers in the United Kingdom are probably familiar with Young Driver, an organization that offers driving lessons to teenagers under the age of 17, getting them versed in driving before ever getting their licenses. However, now Young Driver is looking to do a little more than that, with an age group a little bit younger.

For the past nine months, Young Driver has been working on a two-seat electric car for children under 10 years old, promising that the result will not be a toy, but a small car. They weren’t kidding—the tiny car will be equipped with two electric motors, disc brakes, independent suspension, left- and right-hand steering variants, and an innovative obstacle detection and emergency braking system. The car will have a top speed of 10 mph, and will also be fitted with an automatic shut-off that can be activated by parents remotely.

According to Kim Stanton, director of Young Driver, “We’ve had children involved throughout its development, working with the designers and engineers to ensure that it provides a realistic driving experience.” The car will get more user testing and its first airing at the Gadget Show at the National Exhibition Centre in Birmingham. “The Gadget Show will allow us to get a wider cross section of ages and sizes behind the wheel, trying out our final pre-production models,” Stanton added. “All young test drivers at the Gadget Show will be able to tell everyone they were one of the very first people to give the car a try, and that they had a hand in its development.”

In addition, Young Driver will still be continuing its normal mission at the Gadget Show by allowing teens between the ages of 10 and 17 to get behind the wheel of a dual-control Skoda Citigo. The car will officially be launched in May 2016, where very young drivers will be able to drive it through pre-constructed miniature road systems at select Young Driver venues throughout the UK.