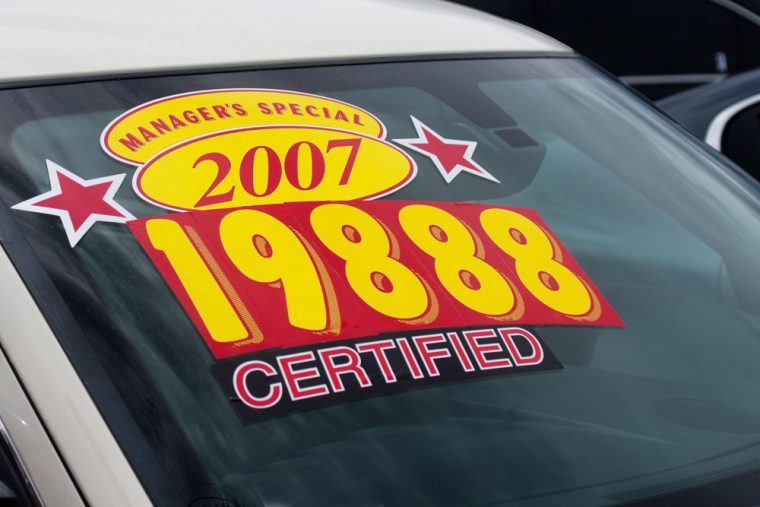 If you head out to a dealership this summer expecting to get a low, low price on a used vehicle, you may have to do a bit more shopping around. Automotive News reported this week that industry analysts are finding used-vehicle prices to be “unusually strong” for the summer, holding steady in the wake of rising demand for used vehicles and concerns about tariffs on new products.

Cox Automotive’s Manheim Used Vehicle Value Index showed a 1.5 percent month-over-month increase in prices for used vehicles between June and July and a 5.1 percent jump from July 2017. According to Zohaib Rahim, Cox Automotive manager of economics and industry insights, a “crazy year” for used-vehicles prices appears to be continuing throughout August.

“That’s not alarming, but it’s very abnormal. We don’t see this price trend this part of the year,” Rahim said. “Used-vehicle prices typically peak in spring, so March and April, and they decline the rest of the year.”

Got a Student in the Market for a Vehicle? Tips for helping to find the best choice for their needs

One of the factors contributing to higher prices for used vehicles is the threat of tariffs on vehicles manufactured outside of the United States. Because there are concerns that the tariffs would effectively price some buyers out of being able to buy a new vehicle altogether, dealers are stocking up on used inventory in anticipation of increased demand ahead.

Cox Automotive Senior Economist Charlie Chesbrough also suggests that the higher prices are an indirect result of the Great Recession in 2008.

“We sold so few cars in 2008, 2009, 2010, 2011 that now there’s not a lot of inventory for the used market for these seven-, eight-, nine- and 10-year-old vehicles,” Chesbrough said. He also suggests that lower repossession rates have helped limit used-vehicle supplies, forcing more dealers to keep off-lease vehicles after they are returned to showrooms.

Fall Maintenance Tips: How to tell whether you’re due for a new set of tires