California rapper Game is a good dude, as evidenced by his gifting a 2015 Jeep Wrangler to his personal assistant earlier this year, but sometimes bad things happen to good people.

While the musician was away on tour promoting his new album The Documentary 2, a man trespassed on Game’s Los Angeles property and vandalized several of his cars, including a Chevy Camaro and Porsche Panamera.

The Compton-born rapper posted surveillance footage from the incident to his Instagram and also shared it via Twitter. The footage shows a young white male arriving to Game’s property in a white Audi truck, then throwing some type of object at Game’s cars, breaking the windows of at least one vehicle. After looking directly into the camera, the young white male ran away down the rapper’s driveway.

“So this is how the devil works,” Game wrote on Twitter about the incident. “Every time in life you do something good, some negative sh*t happens to try & detour your focus away from the positivity” 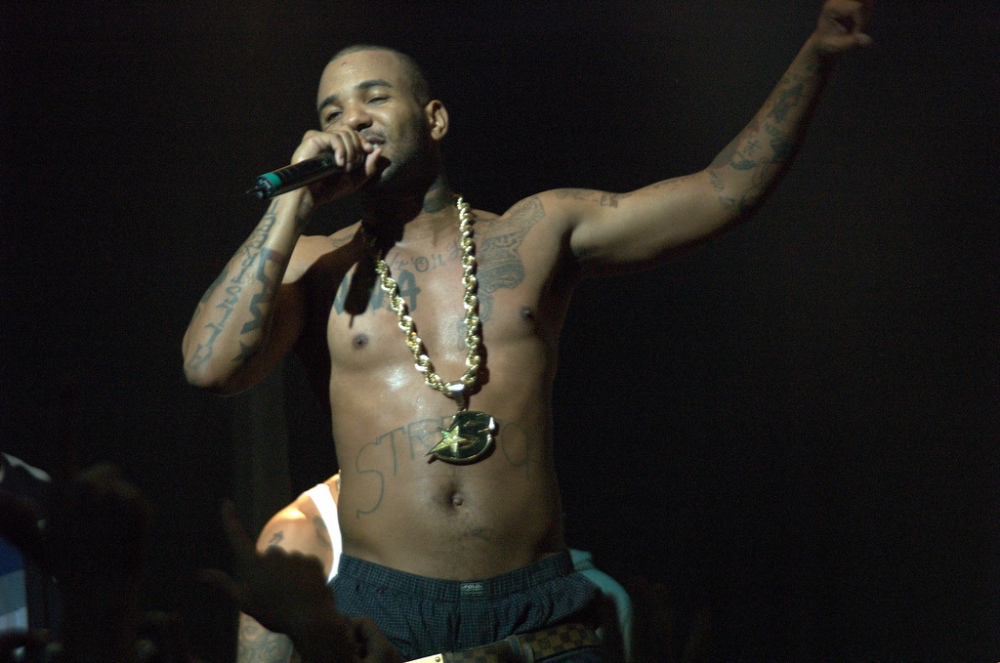 The time-stamp on the surveillance footage suggests Game’s cars were vandalized at approximately 2 am on August 1st.

Game’s new album The Documentary 2 is currently scheduled to be released on September 25th and the rapper is also featured on Dr. Dre’s new album Compton The Soundtrack.

According to reports, Game hasn’t called authorities about the incident regarding his vehicles and has asked people to direct message him via Instagram or Twitter if they have information about the identity of the man in the surveillance video.