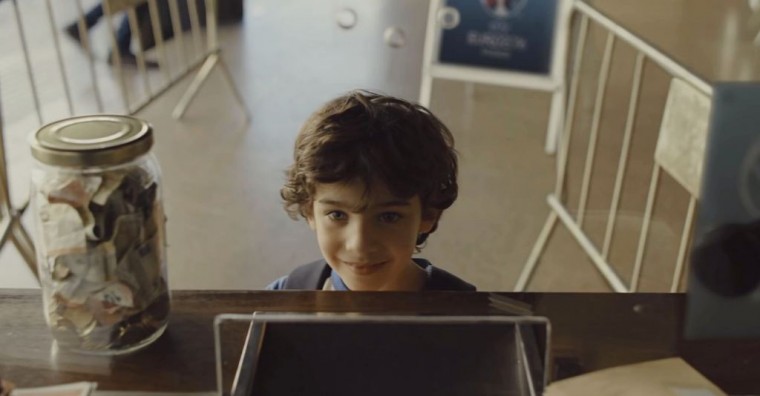 Whether you call it soccer or football, you’re no doubt excited about the upcoming EURO 2016. The 15th international men’s championship of Europe, organized by UEFA, has fans around the world buzzing with anticipation. Hyundai Motors, as automotive sponsor of the tournament, also feels that way and wants to bring “Real Fans” together with its new advertisement.

Watch the Anticipation for UEFA EURO 2016 Build in This Cute Commercial:

The video follows a young boy who works very hard doing odd jobs and chores around the neighborhood–like vacuuming, washing dishes, walking dogs–to earn money, which he stores in a glass jar. Seeing the trophy being transported through the city, as fans line up along the street to catch a glimpse of it, his enthusiasm is doubled.

Once he finally has enough money, he pops the cap onto the jar and runs to the ticket booth. Sadly, he is turned down. The boy tries to catch glimpses of the game in televisions through windows, but he eventually returns home, dejected.

The next morning, he hears a commotion in the street and sees a parade of fans walking toward the town square. He joins the festivities, and his eyes widen as he sees the game displayed on a huge television, surrounded by many fellow fans–including his parents.

The commercial illustrates how everyone is feeling excitement for the upcoming UEFA EURO 2016 tournament, including fans young and old. It’s a cute way to show how even the smallest among us feels enthusiasm for our favorite teams in the tournament–which is true of any sport.

UEFA European Championship is taking place in France from June 10th to July 10th. As Hyundai Motors is an official sponsor of the event, we’re sure to see a lot more from the automaker in the coming months. In the meantime, check out the Digital Fan Park website which encourages fans to guess match scores, cheer on their favorite team, and enter to win seat tickets or a Hyundai i20.

Good for the Globe: Learn about the eco-friendly Sonata Plug-In 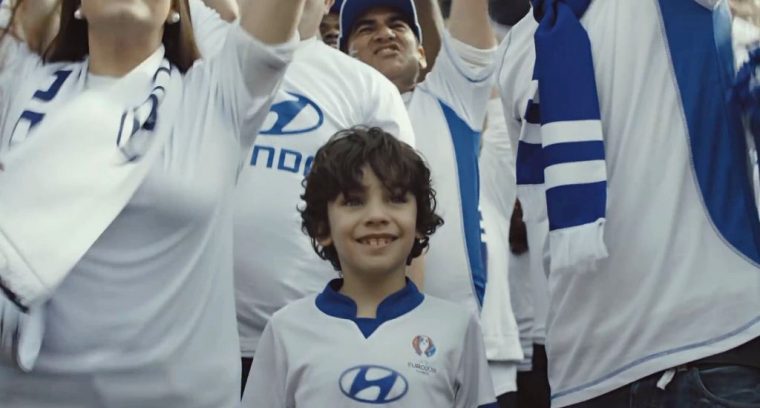