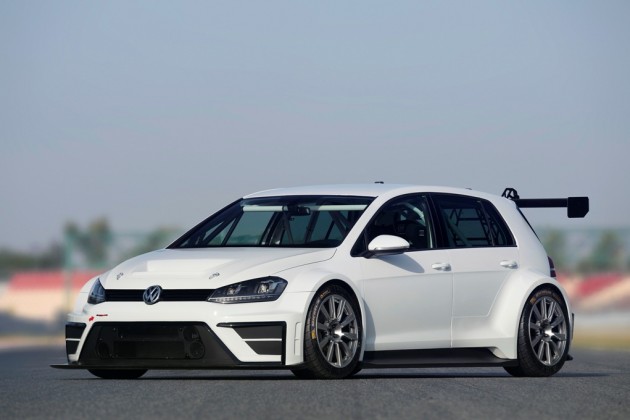 The entire Volkswagen Golf family was named the 2015 Motor Trend Car of the Year. Any other model would have just kicked back for the year and let the award boost sales on its own. Not the Volkswagen Golf! Volkswagen Motorsport has developed its first race car based off of the Golf to race in the Touringcar Racer International Series. Check out the concept, unveiled today, in the gallery below: 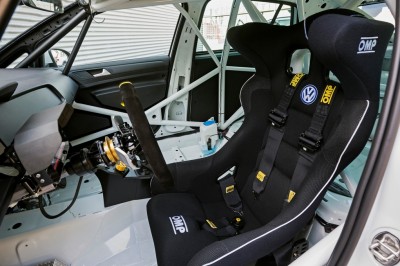 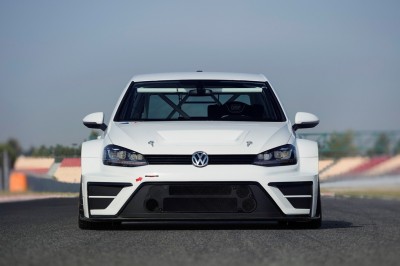 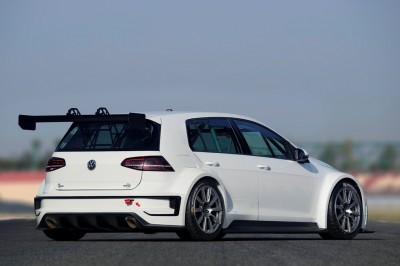 To get this car on the track as soon as possible, Volkswagen Motorsport will test the Golf concept in competition for the rest of the TCR season to make sure it’s perfect for potential customers. Hopefully the Golf will then be ready for customers in time for the 2016 racing season. According to Volkswagen Motorsport Director Jost Capito, “The newly created TCR category provides a promising platform for customer racing – on a national and international level. With exciting races, production-based technology and reasonable costs, it offers a new outlook for private racing teams.”

We know, we know, get to the specs! So far, we know that the Golf race car will have 18-inch racing rims, rear wing, aerodynamic front splitter, racing seat, racing safety cell, and other safety components in compliance with FIA regulations. The engine will be a four-cylinder, two-liter turbo engine beast that generates 330 hp.

The News Wheel would like Volkswagen Motorsport to know that we are available to test drive the Golf concept if the current test team, Liqui Moly Team Engstler, wants help.

For more information about the new Volkswagen Golf race car, check out the official VW press release. It will be interesting to see how the Car of the Year measures up in the performance world.