Volvo Plans to Have Self-Driving Car for Sale by 2021 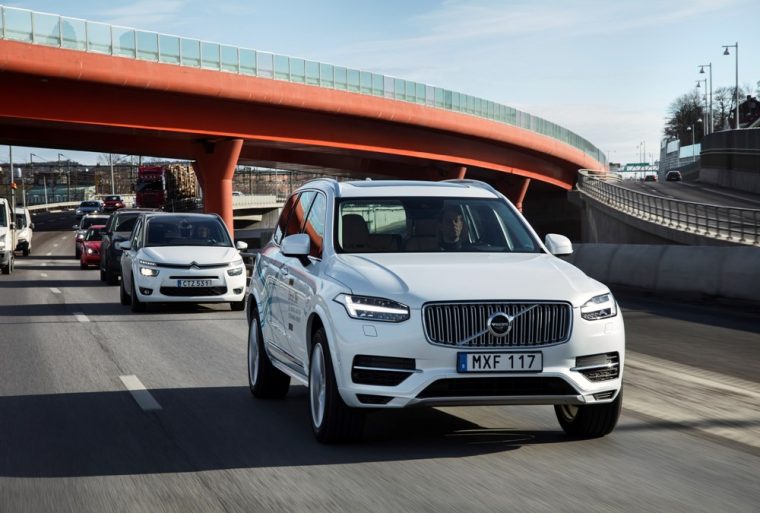 The Volvo Car Corporation announced today, July 22nd, it plans to have a vehicle for sale by 2021 that can drive itself on the highway.

Dare To Compare: See for yourself how the Volvo XC90 stacks up against the Range Rover Sport

This latest proclamation by Volvo puts the company in a head-to-head race against rival BMW, which also made it known earlier this month that it plans to include a self-driving car in its model lineup by 2021.

However, unlike BMW–which has already announced partnerships with tech companies such as Mobileye and Intel–Volvo is still searching for “various partnerships right now,” according to CEO Hakan Samuelsson.

“It’s our ambition to have a car that can drive fully autonomously on the highway by 2021,” Samuelsson told the Bloomberg News. “This technology is something as a carmaker you cannot develop by yourself.”

Volvo has already begun developing its own autonomous driving technologies and thanks to a partnership with the Swedish government, the Chinese-owned Swedish carmaker will have 100 semi-autonomous XC90 SUVs testing on roads near Gothenburg, Sweden, next year. Volvo also plans to test an additional 100 vehicles each in Britain and China. It should be noted that normal everyday drivers will be behind the wheel of these vehicles during the testing process.

Volvo in known for marketing the safety of its vehicles and has previously announced a goal that not one person is to die or sustain a significant injury while traveling in a Volvo car or SUV by 2020, but the development of its autonomous driving tech is said to be one of the key factors in being able to achieve that lofty goal.

The death of a man last month who was driving a Tesla Model S, while reportedly using the company’s autopilot system, has spurned much criticism of autonomous technology from the media.

Samuelsson also said in his interview with Bloomberg that getting new laws and regulations passed regarding the use and development of autonomous cars will be needed before any of these vehicles are potential put on sale by automakers.

Traveling This Summer? Consider visiting one of these art museums in the Southwest