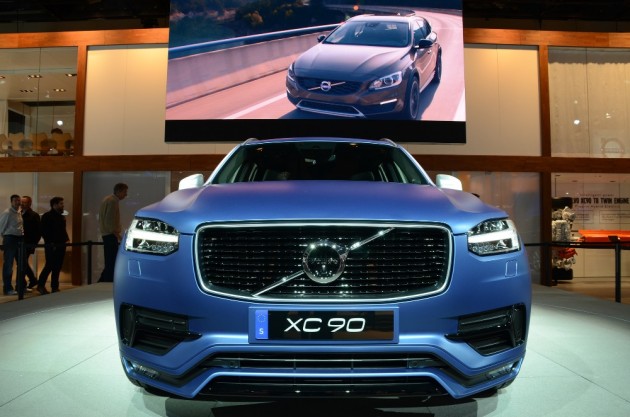 Volvo will be taking a driverless XC90 SUV to the November tests in Adelaide.
Photo: Craig Piersma

Add Volvo to the list of auto manufacturers that will be participating in the driverless car trials this November in Australia.

The trials will be the first of several throughout the continent and will be taking place the same time as the Driverless Vehicle Conference on November 7th and 8th. Volvo will be testing its “intellisafe assist” technology it has incorporated into a driverless XC90 SUV. Volvo will also be testing its distance alert, speed limiter function, and lane-keeping aid technology at the trials.

Volvo employee Trent Victor has published more than 60 papers on crash avoidance and has been chosen to speak at the conference. The Swedish car brand has said autonomous technology will increase fuel economy, reduce traffic, and create safer driving conditions in the future.

Volvo hopes to have more than 100 autonomous vehicles on the road in Sweden by 2017. It will be interesting to find out how the 316 horsepower XC90 SUV will fair at the trials, without a physical person in the driver’s seat to handle the power produced by its four-cylinder supercharged and turbocharged engine.