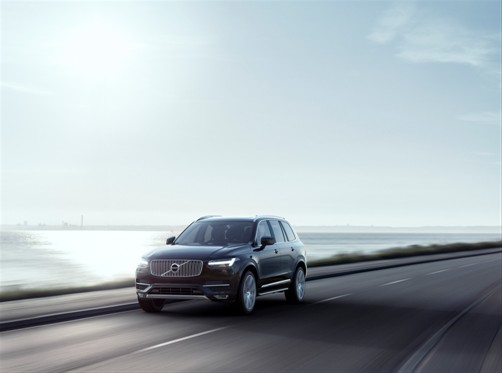 Volvo has announced a new global marketing strategy—called the Volvo Way to Market—that aims to cut down on the brand’s presence at auto shows and explore the possibility of becoming more viable to consumers through online sales.

“The car industry is one of the most conservative, least evolutionary marketing clusters in global business,” said Alain Visser, Senior Vice President Marketing, Sales and Customer Service at Volvo Cars. “For decades, car marketing has been following a certain pattern which is followed by the entire car industry. Now, Volvo Cars chooses to defy that logic and implement a strategy that is geared towards its own needs.”

Visser says in Volvo’s press release that while auto shows are seen as a traditional, tried-and-true means for exposure, they may not necessarily be the best or more progressive method for doing so.

As such, Volvo says that it will pare down its auto show presence to three events a year: Geneva, Beijing, and Detroit. While this may seem like a bad idea to some, it will likely result in giving Volvo more time to build excitement around its product without having to stretch itself thin and resort to, say, trotting out a year-old concept and serving lunch like certain other brands.

Volvo intends to counteract its decreased presence at auto shows by holding an exclusive event that showcases its models without the auto show prerequisite of fighting against 10 brands or more for a share of the spotlight.

Of additional interest is the revelation that Volvo will begin focusing more on digital commerce, citing the successful online-only sale of all 1,927 examples of the Volvo XC90 First Edition earlier this year as a template.

Volvo says that e-commerce will not be a means to replace its traditional dealer network, but rather a way to compliment it.