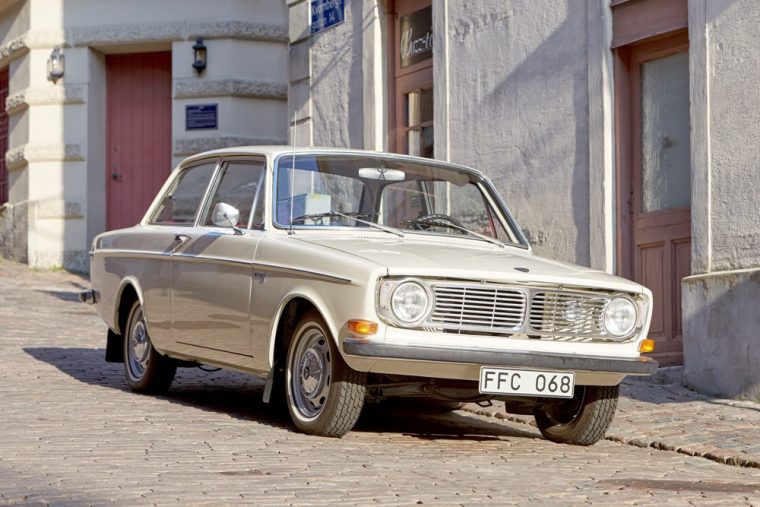 Available as a two-door coupe, four-door sedan, and five-door wagon, the 140 Series is notable for being the first Volvo model to surpass 1 million vehicles sold and it’s celebrating a birthday.

Fifty years ago, on August 17, 1966, the Swedish automaker unveiled the Volvo 140 Series at the Lorensberg function rooms in central Gothenburg, despite the fact that an enormous manhunt was going on in the city to find two cop killers. In fact, while officials were in the process of bringing the new Volvo models to the facility, an adjacent movie theater had to be evacuated after authorities received a tip that the killers were in attendance.

In total, more than 400 journalists attended the debut of the Volvo 140 Series in Gothenburg. These vehicles were the subject of many rumors and earned lots of hype prior to their unveiling. Moreover, at the same time these vehicles were being revealed Gothenburg, three similar events were occurring in Oslo, Copenhagen, and Helsinki.

So what made the Volvo 140 Series so popular and successful?

Well, for starters, people took a liking to the vehicle’s clean and simple exterior design, while safety features such a chassis featuring crumple zones, as well as a protective roll cage gave consumers added piece of mind they were traveling in a safe and stylish vehicle. In addition, the Volvo 140 Series marked the debut of a unique naming scheme, with the first digit signifying the model series, the second number accounting for how many cylinders the engine used, and the last digit identifying the number of doors the vehicle featured.

Today, Volvo’s best-selling model is the XC90 SUV, which has moved more than 700,000 units globally since its inception. In fact, the redesigned XC90 has been such a big hit that it won the North American Truck of the Year Award, was named Yahoo Autos Ride of the Year, and also earned the honor of being the Motor Trend SUV of the Year.

Speaking of the XC90: Take a closer look at Volvo’s current best-seller