Watch a Kia Rio Drift, Do a Burnout 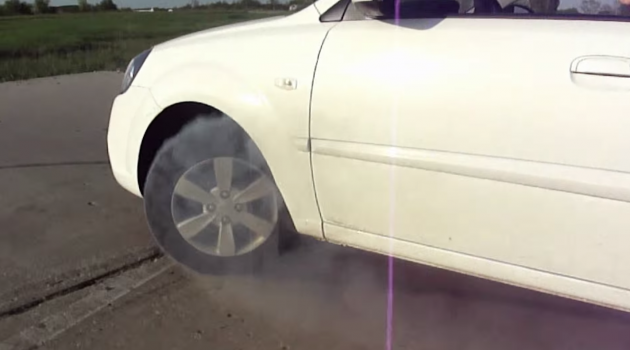 Even the most ardent Kia fans would probably not list “performance” as one of the South Korean automaker’s stronger points. And the Kia Rio is perhaps the least likely vehicle in the brand’s lineup to pull off drifting and burning out on the track.

And yet, where there is a will, there is a way… and a Rio with smoke coming out of the front tires.

One can, of course, debate whether this is really and truly “drifting,” or just losing control of a Kia Rio on the track. Drifting is very much in the eye of the beholder–one man’s drift is another man’s power slide.

But whether or not everybody thinks that this is drifting, surely we can all agree that it’s pretty hilarious, if nothing else. Anytime a little hatchback commuter vehicle gets treated like it’s some sort of badass sports car, one can’t help but smile.

It’s like a dachshund barking at a pit bull–you just keep on believing in yourself, little doggie.