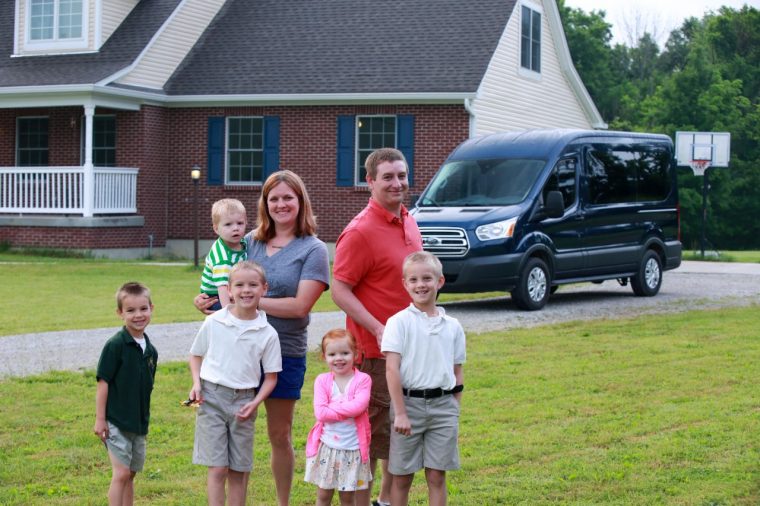 Ford released a video that profiles a Midwestern family and their relationship with the automaker’s new Transit passenger wagon.

In the three-minute, 44-second video released on Friday, Matt and Beth Hoyt of New Richmond, Ohio, discuss how the addition of a Ford Transit passenger wagon has helped to simplify their busy lives. With five children of varying ages, they have to manage the task of waking everyone up and getting them off to school, getting them home, and then shuttling them along to their extracurricular activities.

Whereas the couple’s previous ride—an unnamed minivan—forced them to, in Beth’s words, pack equipment and gear around the children, the Transit’s ample rear cargo space means that every passenger has plenty of space to breathe. Matt specifically mentions the Transit’s copious headroom as a positive for the ability to stand over their five children as they buckle them into their seats, making it easier to navigate between rows without having to bend and squeeze.

Beth says that she was sold within the first test drive due to the balance of power, performance, and efficiency. Where the Transit is offered with three distinct powertrain choices, the Hoyts chose the 3.7-liter Ti-VCT engine, which provides enough power to traverse hilly backroads while simultaneously returning an EPA-estimated 14 mpg city/18 mpg highway/16 mpg combined.