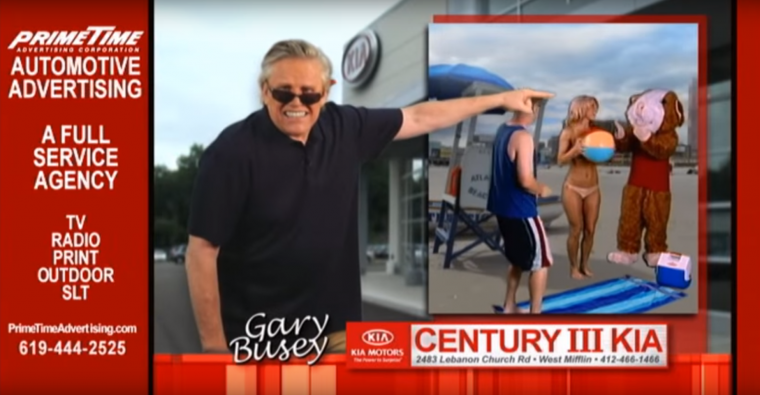 Lately, there have been some rumors/threats that Donald Trump might nominate Gary Busey to the Supreme Court—because if Donald Trump can be president, then why shouldn’t Gary Busey be a Supreme Court justice, or Stephen Baldwin head the Department of Education, or Meatloaf chair the Senate Finance Committee?

Unfortunately for fans of The Celebrity Apprentice and politics-as-performance-art, the star of Predator 2 and The Gingerdead Man will not be filling the vacancy left on the court by Antonin Scalia’s passing. The 71-year-old actor took to Twitter today to put to bed the speculation that he has any interest in politics:

To clarify all the rumors that I support a political party. I do not and I never have. I support art sprirituality self expression and love

So Donald Trump may still be the presumptive Republican presidential nominee, but this denial means that there’s at least one way in which reality won’t resemble a reality TV show come January.

However, all of this increased media scrutiny on reluctant legal scholar Gary Busey has revealed some interesting things. For example, I just found out that Gary Busey did some car commercials for a Kia dealership in Pittsburgh, and that furthermore, they are the best thing ever.

Here’s the first one, in which Gary Busey declares his love for both the 2011 Kia Forte and the city of Pittsburgh:

In this ad, we are introduced to a young lady, a goateed man, and a Dollar Store version of the Kia Hamster, all three of whom are collectively known as “The Party Patrol.” The P.P. take Gary under their wing to show him the sights of Pittsburgh, from PNC Park to the Mt. Washington overlook. Gary loves the Burgh, and says “I know I’m going to be staying awhile,” implying that he’s interested in becoming a naturalized Yinzer.

In the next commercial, though, there’s trouble in paradise. It seems that the Party Patrol went to the beach without Gary—worse yet, they did so on the hottest sales day of the year:

Well, there you have it. If you’re ever shopping for a lightly used Sedona in western Pennsylvania, why not go to Century III Kia?