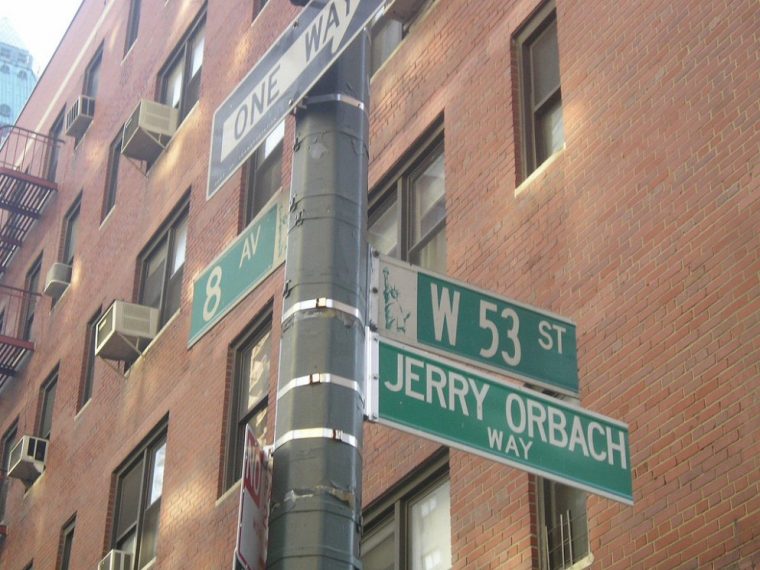 He even has his own street in NYC
Photo: swikes

Everyone who remembers the original Law and Order series on NBC, watched Beauty and the Beast as a child, or had movie nights with their friends to watch Dirty Dancing has a soft spot in their heart for Jerry Orbach. When he passed away in late 2004, he was mourned by his television family and the theater community at large, receiving memorials in episodes of the Law and Order franchise and the dimming of Broadway’s marquees in his honor. Now one Orbach super fan wants to honor his memory in automotive form, but he needs our help.

Go The Distance: Check out how to make your used car go as far as possible

As of publishing, there are about eight hours to go on the Kickstarter campaign called simply “The Jerry Orbach Memorial Art Car.” Creator Brandon Bird is trying to raise $22,000 to purchase a lowrider-style used sedan and have it pained by California artists to make it into a rolling memorial for the legendary actor. He says that he doesn’t have his heart seat on a particular used car, but seems to be looking to get a Ford Crown Victoria, which would be perfect because of the model’s history as a police car.

Right now, the campaign has a little over $19,500 contributed towards its goal. Pledge rewards range from Orbach-themed bumper stickers, to car air fresheners, all the way up to jackets and original pieces of art. If you have some disposable income, this car sounds like a great place to put it to support artists and give a somewhat-average Ford Crown Victoria a new lease on life. In this time of great national strife, wouldn’t it be a great thing to all unite together and help make something beautiful?* You can support the project online here.

Get Your Own Crown Victoria: Learn the facts about shopping for a used car

If this art car project succeeds, we look forward to it starting a trend. Maybe a little red Corvette with purple accents to memorialize Prince will be next, or a Mini Cooper tribute to David Bowie. The possibilities are certainly endless.

*Let’s be honest, if you hate Jerry Orbach you are kind of a lost cause at this point.