Some truly bizarre traffic laws exist, and while many of them are outdated laws that haven’t been re-addressed, technically, we all could get busted for these ridiculous laws. Next time you hit the road, you may want to think twice about tethering your dog to the roof of your car or using the road as a bed.

Here are some of our favorite weird traffic laws by state:

Alabama – Shockingly, officials have declared it illegal to drive while blindfolded. Shucks. 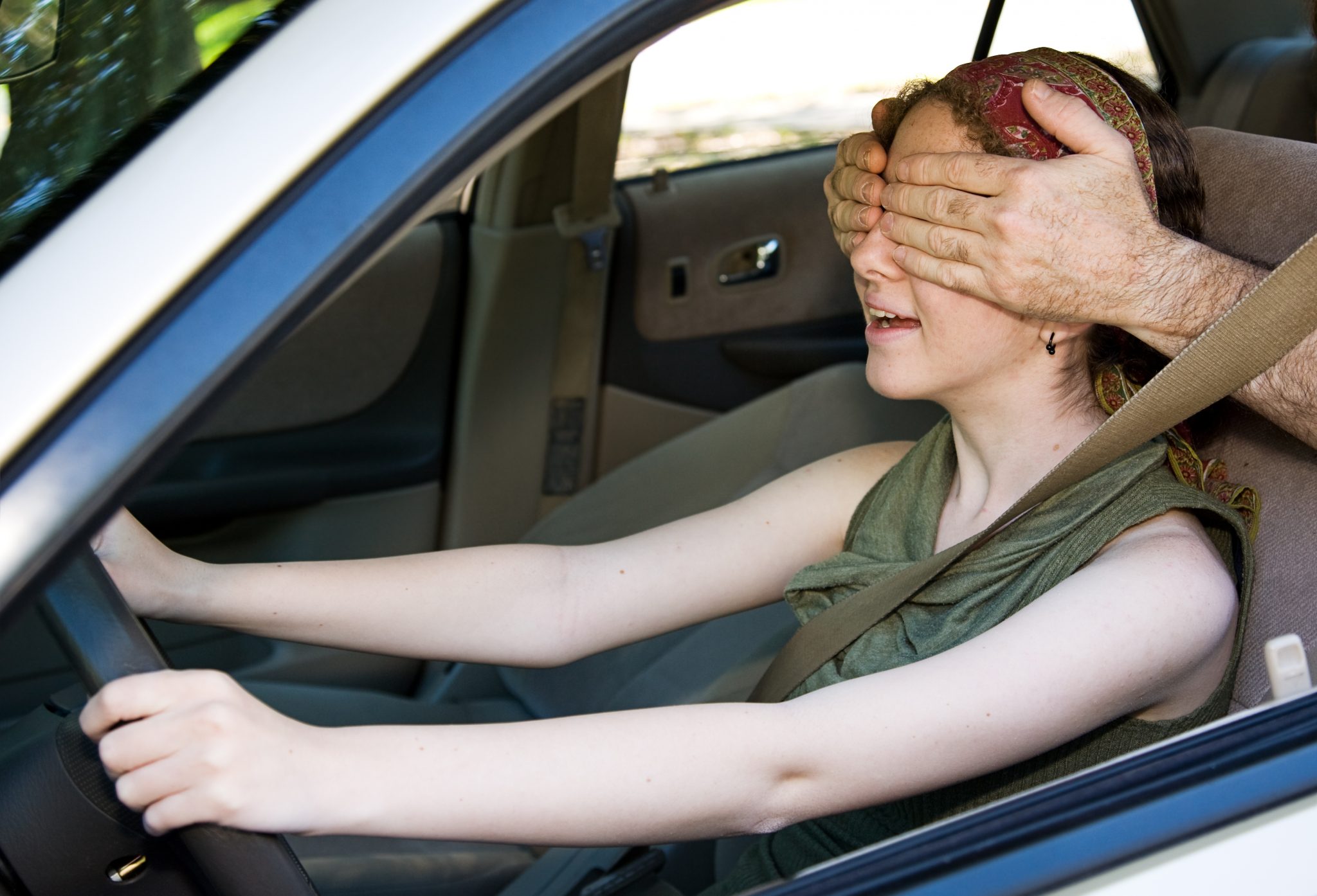 “But it seemed like such a fun idea, Officer.”

Alaska – Apparently someone thought tying their dog to their roof rack was a perfectly suitable way to transport Fido, because lawmakers have declared it illegal to tether a dog to the roof of your car. People, we recommend safely securing your beloved pet inside the car.

Arkansas – It is illegal in Arkansas to blare a car horn where ice cold beverages or sandwiches are served after 9pm. Can’t we just enjoy our meals in peace?

California – While it may be incredibly tempting, we don’t recommend using a road for a bed. You just might get arrested for doing so in Eureka, California.

Connecticut – Since hunting from your car is illegal in Connecticut, you can go ahead and put your gun away until you get out of the car.

Georgia – Not surprisingly, officials in Georgia have declared it illegal to drive through playgrounds. The fact that this appears as a weird law is of concern to us, and more concerning – is this not a law in other states?

Illinois – Stop being so fancy. Officials in Illinois have declared ‘fancy riding’ on your bike unlawful.

Iowa – Hang on tight to your beloved Red Ryder, especially in Iowa where it’s illegal to throw it into the street.

Kansas – Do not even think about screeching your tires in Derby, Kansas, where doing so is a misdemeanor that will land you 30 days in jail.

Maine – You better be prepared to earn your donuts in Maine, where you’ll be ticketed if you park in front of a Dunkin Donuts.

Maryland – Swearing from a vehicle in Rockville, Maryland, could land you in the slammer.

Massachusetts – Unfortunately for those of you who have a pet gorilla, it’s illegal to operate a vehicle with the furry guy in the backseat. Don’t take our word for it, but maybe the front seat is a better choice? 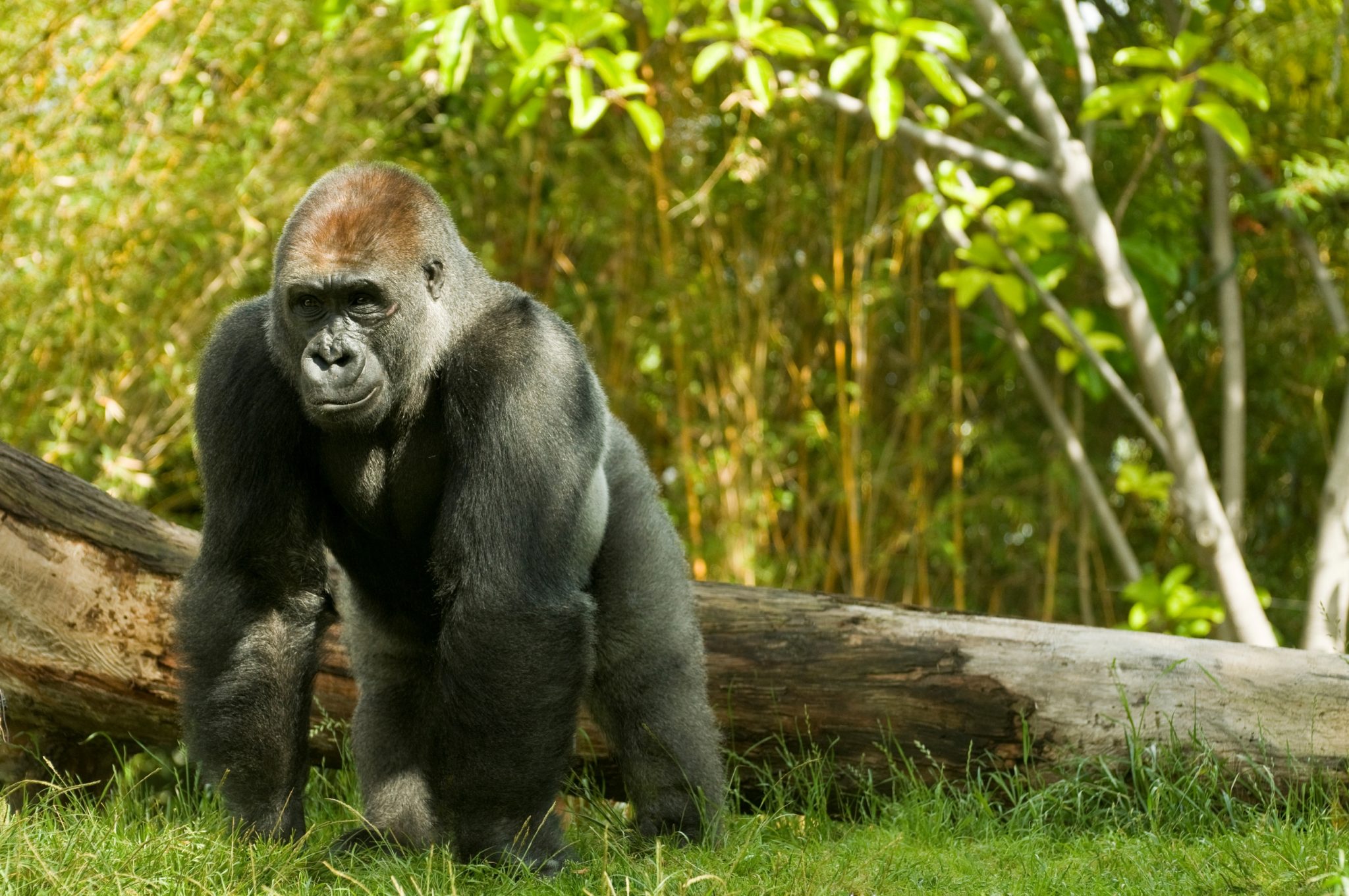 “You there, primate. You’re under arrest.”

Minnesota – The town of Minnetonka considers any driver who leaves mud, dirt, or any sticky substance on the road a hazard to the general safety and welfare of the town.

New Jersey – Be aware, when driving in New Jersey, you are required to honk before passing.

Oklahoma – It is illegal to read a comic book while driving in Oklahoma. Apparently romance novels are free game however.

Pennsylvania – Motorists driving along a country road at night must stop every mile and send up a rocket signal, wait ten minutes for the road to be cleared of livestock, and then proceed. This just might be our favorite.

Rhode Island – It is illegal to drive with alcohol in your car, even if it’s unopened. There’s just no getting from point A to point B with that beer you just bought.

Next time you head out of state, you might want to make sure you’re following the rules of the road, wherever you may be.