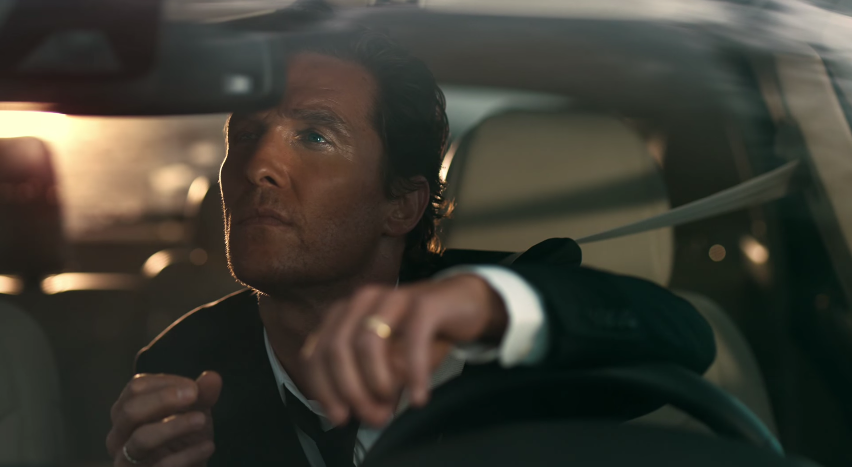 Edit: Both videos have been set to “private,” which does nothing to quell our suspicions that there is some coded message hidden within them revealing the location of Carcosa.

Edit: Nope, looks like Lincoln just took it down for funsies. Here’s the :30 spot, via Lincoln’s Facebook.

It’s a new year, and so of course we have another new Lincoln commercial to enjoy. This new spot—“Looky There”—is the perfect amalgamation of everything that we love about the commercials that precede it, which is to say that there’s a lot of rich colors captured deftly by Nicolas Winding Refn, plenty of vague dialogue spoken in a hushed grumble-whisper, and even some of that much-beloved pill-rolling that was so desperately missed in the two spots for the MKZ.

Here’s the typically cryptic dialogue from this go-round:

Being in the moment. That’s tricky. By the time you realize you’re in one, there’s another one already there.

It’s at this point that McConaughey notices something in his rear view mirror. Something that brightens his face and causes the music to swell. It’s incredibly likely that this is the sun, but given the material, it could also be the dull glow of the roaring fire that is the conflagration of the collective human consciousness. But it’s probably just the sun. 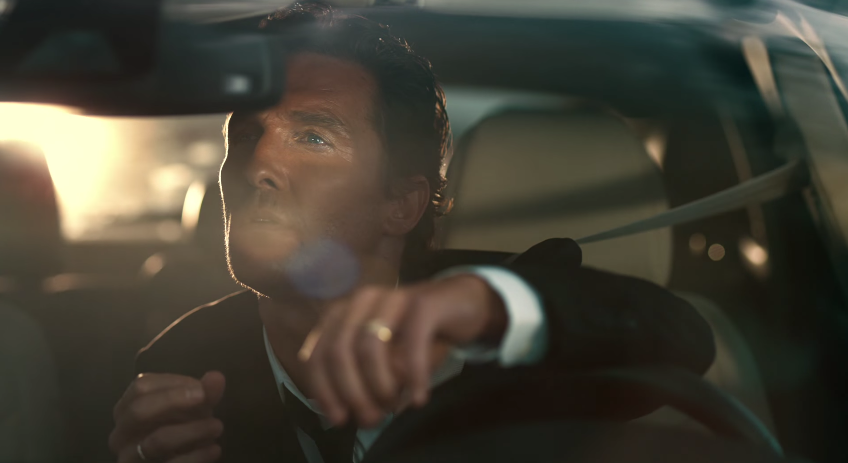 He calls to you from the place in the depths of the light, in the place where it burns hot, buy the MKC

This gives rise to the eponymous closing line: “Well, looky there. There goes one now.”

Can’t wait for the parody video that dubs in a cold reading of text from a doom cult prophecy tract and a whole bunch of screams and organ music in the background.

The extended version gives no further clues as to how or when we as a species will meet our communal demise, but it does add an extra line of dialogue and a few more hero shots of the MKC in action.

The biggest takeway from “Looky There” is, to our minds, the increased presence of composer Cliff Martinez. Fun fact: in 2011, Martinez scored both Winding Refn’s Drive and, ironically enough, McConaughey’s The Lincoln Lawyer.

Another fun fact: Martinez was the drummer on Captain Beefheart’s Ice Cream for Crow and Lydia Lunch’s 13:13. Neither fact really has anything to do with Lincoln or Matthew McConaughey, but if you’ve never listened to Captain Beefheart or Lydia Lunch, fix that.