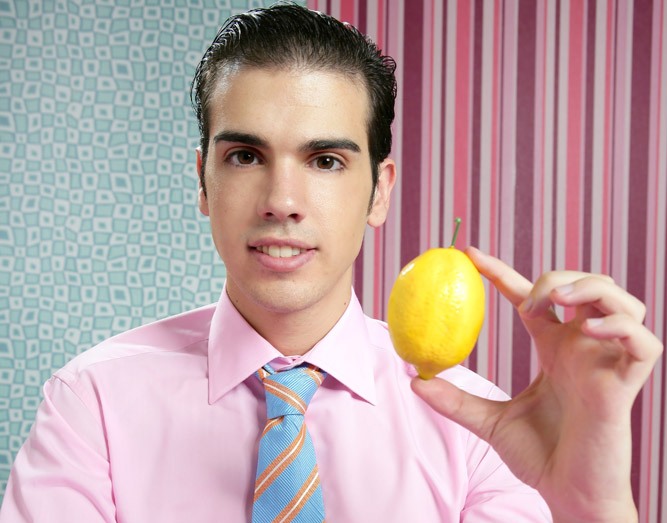 Why are defective cars called lemons?

There is certain terminology in the automotive trade that’s just odd. While every industry has its own unique jargon, the car industry takes the cake.

Take the term “lemon” for instance. Everyone knows it refers to a junky car that operates poorly and is generally defective. But how did that correlation originate? Why isn’t some other food-item used, like a potato or a plum? If lemons are so healthy, why are they associated with bad cars?

Not All Used Cars Are Lemons: Make sure you buy from these most-trusted vehicle brands

Determining the Origin of the “Lemon” Dis 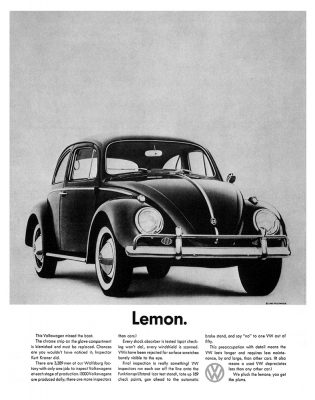 So famous, the ad was discussed in Mad Men

To determine the root of the term “lemon” and its association with sub-par quality, we have to look back to when cars were invented.

At the beginning of the twentieth century, “lemon” was used to refer to a dimwit, a defective product, a hustle, and an item that has lower value than it appears. While there’s no official origin of this correlation on record, it’s possible that it referred to the sourness of a bad deal and the face-puckering frustration in brought.

These uses of the term “lemon” appeared in publications at the turn of the century, so in time it naturally began being applied to automobiles too.

In the 1960s, the correlation truly was cemented. The nation became more attentive to vehicular quality and safety, while Volkswagen printed its notorious “lemon” ad. Shortly after, states began passing what we commonly call “lemon laws.”

While the specific connotation of “lemon” continued to evolve into how we use it today, it has become most closely associated with the automobile industry.

Make Sure You Don’t Wind Up in a Lemon: Tips for test-driving a used car