Why Do We Fasten Tin Cans to Newlyweds’ Car Bumpers? 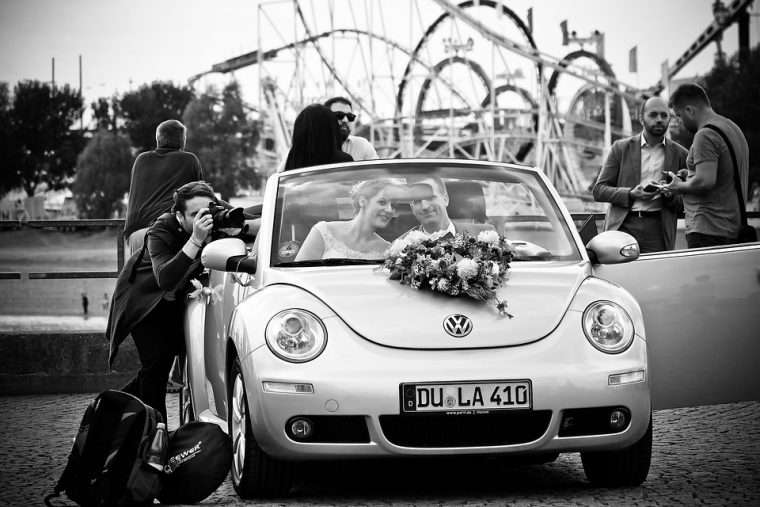 Some wedding traditions are more bizarre than others.

Other customs are more confusing than downright weird. For example, why do wedding guests fasten tin cans to the bumper of the just-wed couple’s car?

The Story Behind the Ritual

Some say this custom stems from the early American frontier tradition of “shivaree” which was practiced into the early 1900s. The settlers, in turn, modified this tradition from a French one called “charivari,” which targeted out-of-town grooms. The local residents would visit the happy couple’s abode on the wedding night to demand that the groom give them a meal, as “payment” for taking one of the local girls as his wife and narrowing the town’s dating pool.

When French settlers immigrated to America in the 1600s, they introduced the custom in the Mississippi Valley region, where the custom took root. Grooms would try to deter the “shivaree” practice by appeasing the wedding guests with a huge feast, such as a lavish barbecue.

The modern custom of tying tin cans to the car is thought to be an alternative way for the groom to assuage his male friends for missing out on their chances with the bride. After all, the groom’s bros are typically the ones who actually fasten the tin cans to the car bumper. 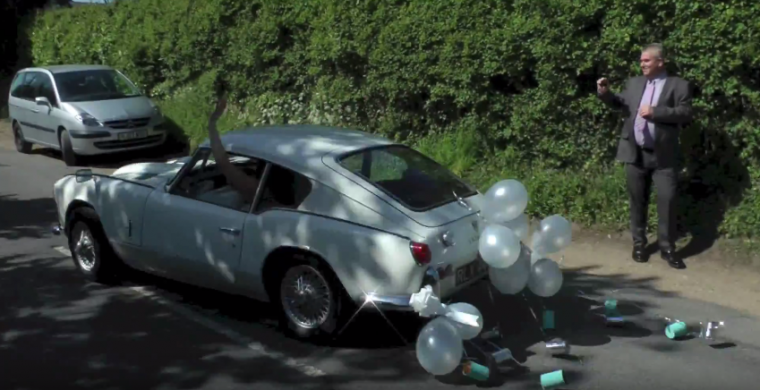 An Additional Origin of the Custom

Another source of the tin can ritual hails from England, during the Tudor period. Wedding guests would throw their shoes at the newlyweds’ carriage as they departed the ceremony. Each shoe that hit the vehicle meant good luck for the just-hitched couple.

Today, we’ve modified the custom with cans. Because who wants to give up one of their shoes? Also, throwing anything at a passing car could be grounds for a contemporary lawsuit, hence the tying objects (tin cans) to the car’s bumper instead of throwing them.